Pre-election polls come and go, and obsessed as we are with them, they matter little when all is said and done. But exit polls are something else entirely, both for historians and political scientists assessing the significance of elections and for politicians and their minions planning for the future. Think, in recent years, of the amount of attention given the God Gap or the 2004 “Moral Values” vote. So as the polls close tonight, the exit polls will be on display for instant analysis; I expect to be doing a bit of it myself. I am, however, more aware than ever of the caveats. Here are three.
1. Exit polls in the absence of actual vote totals reflect guesswork on what particular precincts are worth in terms of the total vote. When the totals are in, the exit polls are then adjusted to reflect the actual vote. In an election like the present one, where there are major imponderables (the turnout among younger voters and African Americans foremost among them), the guesswork is more than usually difficult. So initial indications of the voting patterns of various groups, including religious ones, will need to be taken with a major grain of salt.
2. Exit poll calculations this year are further complicated by the large number of voters–perhaps one-third of the total–who have cast their votes early. The pollsters are doing surveying of these voters, but integrating a survey of voters who say they’ve voted into an exit poll is not an easy thing.
3. Our new American Religious Identification Survey raises problems with assessing the evangelical vote. It turns out that nearly 40 percent of Mainline Protestants (identified by denomination) and 15 percent of Catholics answer yes to the standard exit poll/survey approach to identifying evangelicals: “Do you consider yourself an evangelical or born-again Christian?” Nationwide, that’s maybe one-third of the voters who answer yes, but we don’t know yet how these “evangelicals” are distributed regionally or state-by-state. There are many things to weigh here but one is: In places the Midwest, where there’s a large proportion of mainliners, it may be that indications of a greater tendency of “evangelicals” to prefer Obama just reflect a mainline propensity.
Bottom line: Any immediate conclusions drawn from the exit polls have to be considered highly provisional. It’s going to take a while to get this sorted out. Ahead of the Trend
Study: Multiracial churches growing, but racial unity may be elusive 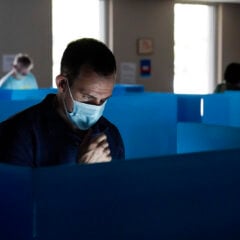 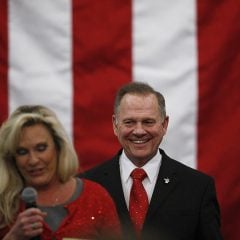 Arts & Culture
After Roy Moore, evangelicals must trade wishful thinking for soul-searching
Beliefs
Montana Dems and the None Factor
Beliefs
Wisconsin for Obama?