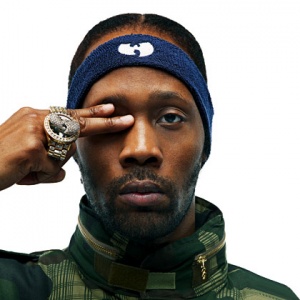 Not really, but there are some cool people checking out the Dharma these days, if celebrity Web sites are to believed (and why not?).

First, A-Rod, who has lately ditched his reputation as a choke artist by hitting home run after home run during the playoffs, is checking out Buddhism with his gal Kate Hudson (aka Penny Lane), according to PopEater. Rodriguez used to be all tight and nervous at the plate during pressure situations. Now, he's cool as a cumcumber in a bowl of hot sauce.

Some Buddhism expert tells PopEater: "Buddhism encourages calm and concentration and helps to reduce the overly narcissistic idea of the self," explains Dr. David Germano, Associate Professor of Buddhism and Tibetan Studies at the University of Virginia. "This can help a person to immerse themselves in the interdependent flow of relationships on the playing field."

Secondly, Shambhala Sun has an awesome interview with RZA (the RZA, the razor, hit me with the flavor...) the mastermind behind the Wu-Tang Clan, about his interest in all things Eastern, including, of course, Buddhism. RZA has a new book out called "The Toa of Wu" and spoke to Shambhala about "embracing many religious practices and disciplines. A spiritual seeker, (RZA) ... has delved into Taoism, Christianity, Confucianism, and, yes, Buddhism - even visiting China's famed Shaolin Temple."

"I don't even know what Zen is," Artest told the San Diego Union-Tribune. "I don't know what Zen means, but I'm looking forward to being a Zen man. I hope it makes me float. I always wanted to float."