VATICAN CITY (RNS) The Vatican’s doctrinal office said “further discussions” will be needed with the traditionalist Society of St. Pius X (SSPX) in order to heal a decades-long split within the Roman Catholic Church.

Cardinals and bishops from the Vatican’s Congregation for the Doctrine of the Faith met on Wednesday (May 16) to discuss the response of the SSPX Superior General, Bishop Bernard Fellay, to a Vatican reconciliation proposal delivered last September.

According to a Vatican statement, members of the Vatican doctrinal office drafted a series of “observations” that “shall be taken into consideration in further discussions between the Holy See and the SSPX.” 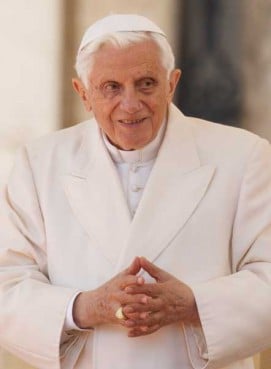 Pope Benedict XVI has actively sought to achieve reconciliation with the conservative breakaway group that rejects most of the modernizing reforms of the Second Vatican Council (1962-1965), which include the church’s acceptance of religious freedom and ecumenism and its rejection of anti-Semitism.

After Wednesday’s meeting, the Vatican also displayed concerns about an emerging rift within the SSPX, and about the positions of some of its leaders.

Earlier this month the French website “Riposte catholique” published letters between Fellay and the group’s three other bishops, who are opposed to any reconciliation with Rome while Fellay seemed to favor it.

In light of the “positions taken by the three other bishops of the SSPX,” the Vatican warned that “their situation must be treated separately and individually.”

The Vatican’s chief spokesman, the Rev. Federico Lombardi, mentioned the anti-Semitic statements of SSPX Bishop Richard Williamson as a particular source of concern. Williamson deeply embarrassed Benedict with comments in 2009 that denied the extent of the Holocaust, just as Benedict had lifted the 1988 excommunications of the SSPX bishops.

Each of the four SSPX bishops will be called to “make a commitment” of acceptance of church doctrine, Lombardi said.

Speaking at Rome’s Angelicum University on Wednesday afternoon, Cardinal Kurt Koch, head of the Pontifical Council for Promoting Christian Unity, which also oversees the Vatican’s relations with Jews, hinted that SSPX members would be called to accept a key Vatican II document that rejected anti-Semitism and laid the foundations for Catholic dialogue with Jews.

In a letter published Tuesday, the SSPX leader in the United States, the Rev. Arnaud Rostand, said that while it is normal for bishops to “express their personal opinions” in private letters, the final word on the negotiations with Rome lies with Fellay, the SSPX superior general.