(RNS) The Orthodox Church in America has announced that it forced its controversial leader, Metropolitan Jonah, to resign earlier this month chiefly because he had failed to remove a priest accused of rape. 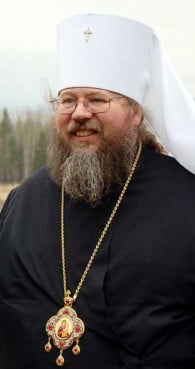 “In light of the recent widely publicized criminal cases involving sexual abuse at Penn State and in the Philadelphia Archdiocese and the Kansas City Diocese of the Roman Catholic Church, the extent of the risk of liability to which Metropolitan Jonah has exposed the Church cannot be overstated,” bishops of the Holy Synod, the OCA’s leadership board, said in a statement dated Monday (July 16).

The case concerned a priest who Jonah accepted into the OCA despite knowing about the man’s past problems with alcohol and record of violence toward women. Then in February of this year, Jonah, 52, learned that the priest had been accused of rape in 2010 and he did not alert the police or church authorities or investigate the matter, the synod said.

OCA leaders also said Jonah, who was elected metropolitan in 2008, was involved with unnamed others in attempting to keep the alleged victim and a relative of hers from pursuing the case, telling them that “their salvation depended on their silence.”

Jonah resigned last week and in a letter “begged forgiveness … for whatever difficulties have arisen from my own inadequacies and mistakes in judgment.” Monday’s statement was an effort to clarify rumors that he had been forced to resign over a rape case.

The incident was only the latest in a long-running drama that has shaken the OCA, which includes about 85,000 members in North America, during Jonah’s stormy tenure. The OCA is one of several Orthodox Christian bodies in the U.S.

Jonah was born James Paffhausen in Chicago and raised an Episcopalian but converted to Orthodoxy when he was 18. Soon after his election as bishop, and then primate, of the OCA he sparked tension by appearing to try to align the church with conservative culture warriors.

The tensions only grew worse over time, and what synod leaders called his “unilateral” style of decision-making led them to ask him to go on medical leave last fall. The alleged rape cover-up was apparently the last straw.

“When this latest problem came to our attention at the end of June, we felt that we had no choice but to ask him to take a leave of absence or submit his resignation,” the synod said in a statement detailing “a long series of poor choices that have caused harm to our Church.”

Church authorities are cooperating with police on the rape investigation against the unnamed priest, and the OCA said it will continue to pay Jonah’s salary and benefits at least until the bishops next meeting, in October.