(RNS) Jacques Berlinerblau wastes no ink in his new book trying to flatter his fellow nonbelievers.

“American atheist movements, though fancying themselves a lion, are more like the gimpy little zebra crossing the river full of crocs,” he writes in “How to Be Secular: A Call to Arms for Religious Freedom.” 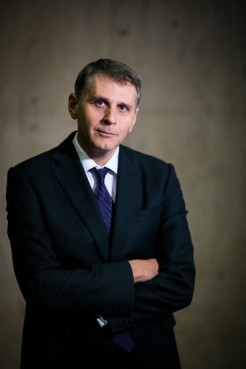 “In terms of both political gains and popular appeal, nonbelievers in the United States have little to show. They are encircled by cunning, swarming [religious] Revivalist adversaries who know how to play the atheist card.”

Berlinerblau, a Georgetown University biblical scholar who teaches a course on secularism, wants to rescue that little zebra. But his plan may be a hard-sell with some atheists — he wants atheist groups to drop their black-and-white opposition to religion and its adherents in order to preserve the Constitution’s guarantee of freedom of religion.

“The gimpy zebra remark was a little goofing on this over-the-top chest-thumping that emerges from Movement Atheists,” he said in an interview, referring to atheist organizations with political goals, like American Atheists. “They wildly overestimate their numbers. They tend to overestimate the efficacy of their activism. They underestimate how disciplined and organized their adversaries in the religious right are, too.”

One more thing: “They fail to recognize that mocking religious people in public is entirely inimical to the goals they wish to achieve.”

Then, he offers what could stand as a summary of the whole book: “If atheists want to live in a secular country, they will need allies. Those allies are called religious moderates.”

With his sleepy eyes and hangdog expression, Berlinerblau has a deceptively avuncular look — like a guy you’d actually like to debate religion with over the Thanksgiving turkey. In YouTube videos that support the new book, he seems to chat with the viewer, not lecture them, making points with a bob from the waist and a jut of the head, sometimes even mugging for the camera when a politician – say, Newt Gingrich – misuses, in Berlinerblau’s opinion, the word “secular.”

Think of him as the Rodney Dangerfield of secularism – never getting respect, and he's aiming to change that.

But to do that, he writes, atheist organizations and religious moderates — people he calls “secularish” — must work together to reclaim the word “secular,” which has become a kind of dirty word bandied about by the religious right to denote a rejection of religion, often all religion.

“Secularism is not atheism,” he said. Its roots lie with religious thinkers — Martin Luther and John Locke among them. They understood secularism, he writes, as “a political philosophy, which, at its core, is preoccupied with, and often deeply suspicious of, any and all relations between government and religion.”

In calling for cooperation with believers, Berlinerblau, 46, stands firmly with a segment of the nontheistic community who have long called for more cooperation with religious persons and groups on everything from ending wars, protecting the environment and combating homelessness. Similar pleas have been made by Greg Epstein, Harvard University’s Humanist chaplain; Paul Kurtz, founder of The Council for Secular Humanism; and Chris Stedman, whose book “Faitheist: How an Atheist Found Common Ground With the Religious” will be published in November.

But they are often overshadowed by the so-called “New Atheists” who, in the words of their champion, the late Christopher Hitchens, believe that “religion poisons everything” and should be eradicated as “evil.” This group has its own best-selling library: Richard Dawkins’ “The God Delusion”; Sam Harris’ “The End of Faith”; and Hitchens’ “God is Not Great.” 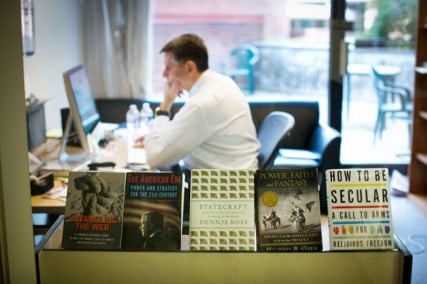 But Berlinerblau thinks most atheists are more like him: middle-of-the-road when it comes to religion. Despite his atheism, he attends synagogue, says he is “very comfortable” teaching at a Jesuit university and routinely tosses around ideas with a Christian pastor.

“My guess is a good chunk of so-called nonbelievers are not haters, not radical anti-theists, and their worldview is characterized by tolerance towards nonbelief,” he said. “That’s the type of atheist I am reaching out to, and my anecdotal sense is there are more of those than we know.”

Berlinerblau is not alone in seeking to reclaim secularism. David Niose, president of the American Humanist Association and author of  “Nonbeliever Nation: The Rise of American Secularism,” agrees with Berlinerblau that church-state battles by organized atheism have largely failed. But he places the blame for that failure elsewhere.

“The problem is not that nonbelievers have failed to work well with their natural allies among religious sectors that happen to favor church-state separation,” Niose said. “On the contrary, the problem is that those liberal and moderate sectors have been fighting without nonbelievers for three decades, because nonbelievers had been effectively silenced. This is why everyone stands to win — except the religious right — if we make room for nonbelievers at the table.”

Ronald Aronson, professor of the history of ideas at Wayne State University who coined the term “New Atheists” and is author of “Living Without God,” said he agrees that Americans’ understanding of secularism needs shoring up. He likes Berlinerblau’s approach to it as a political, not religious, idea, but he said atheists are too small a minority — between 1.4 and 5 million Americans, depending on the poll — to be a significant part of the problem.

“What I am not happy with is that he tends to blame atheists equally with the religious right as if they somehow have a similar effect on creating the phenomenon of this hostility to secularism,” Aronson said. “I think he is looking for an equivalency, a balance that isn't there so he can make his argument seem more acceptable.” 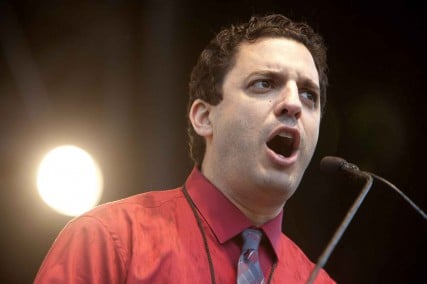 David Silverman, president of American Atheists, addresses the Reason Rally on March 24 on the National Mall in Washington.

Not surprisingly, David Silverman, president of American Atheists, a group Berlinerblau calls out by name in the book, doesn't buy Berlinerblau's diagnosis.

“I would remind Mr. Berlinerblau that this country is not where the religious right wants us to be because of this small and underfunded movement. It is we who prevent theocracy, and so far I think we've done quite well, for the most part. “

“I think there is a greater incentive and clarity now about the usefulness of building coalitions,” he said. “Because let’s be honest about this — is there any law New Atheists can point to that has been their political output? That has changed due to their activism? What has it done? It sells books, it makes for great polemics, it keeps journalists busy, but there has been no political accomplishment.”