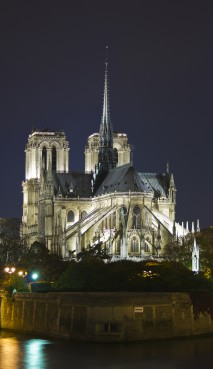 The sexual-abuse-of-children spotlight has shifted from Catholics to Jews.

New York police have arrested a man for throwing a chemical, believed to be bleach, on a rabbi who advocates for sexual abuse victims.

The new Roman Catholic Bishop of Orange County (Calif.) is a former medical lab technician with a penchant for the piano.

Glenn Beck says government should stay out of marriage. What will his evangelical buddies say to that?

Poll watch: Only a third of Americans believe recent natural disasters are evidence we are in the end times.

One sign of sanity: The German parliament passed a law Wednesday that allows infant male circumcision for religious reasons. That’s a huge relief to Muslims and Jews distraught by an earlier court ruling in Cologne.

In Paris, dignitaries, tourists and others gathered in the thousands Wednesday for a ceremony and Mass marking the beginning of year-long commemoration of Notre Dame Cathedral's 850th anniversary.

In the new Catholic Bible, the word “virgin” has been replaced with the more literal “young woman” in Isaiah 7:14, upsetting many who consider that passage a prophecy about Jesus’ birth.

A Jewish Santa? Turns out, it happens frequently.

And finally: Roughly 1.6 billion Christmas cards will be purchased this year, and that's not including all those free e-cards with blaring jingles.

But there’s another kind of card you don’t have to purchase. A daily dose of the Religion News Roundup is free, and bound to extend cheer even after Christmas is over.