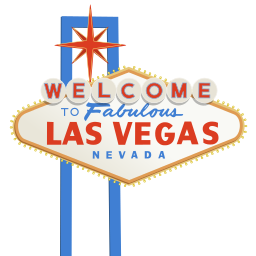 The religion beat feels a little like the medical off-beat this morning.

A Catholic bishop in Illinois gave parishioners a long explanation of their priest’s unusual response to stress – “non-sexual self-bondage” — but may have explained too much.

Some doctors are warning about “reproductive coercion,” a form of abuse where a man forces pregnancy on a woman by “birth control sabotage” and sometimes more violent means.

Sin City is also the most mega-churched city, according to the Barna Group, which found that a higher proportion of Las Vegan Christians — 29 percent — attend churches with more than 1,000 worshipers than churchgoers in any other American city.

The chutzpah award of the day goes to singer Chris Brown, who posted a picture of Jesus on the cross (that’s how he said he was feeling) to his Instagram account after allegedly assaulting another celeb.

As the Boy Scouts consider lifting their ban on gay youths, one former scout leader talks about how his troop already did. David Gibson says the policy change would effectively mean the end of Catholic troops, which account for 10 percent of all troops.

Advising Republicans to catch up to most of the rest of America, GOP strategist Ken Mehlman wants his party to support gay marriage.

Though more states seem to be moving away from capital punishment, Texas is preparing to execute a woman — the first in the nation since 2010.

The oldest Russian Jewish congregation in the nation wants to demolish its landmark Manhattan synagogue.

A pro-contraception activist interrupts a church service in the Philippines and gets 13 months in jail.

St. Peter’s parish in East Blatchington, England sells a CD of the sounds inside the Sussex church — including 30 minutes of silence — and has an international hit on its hands.

There’s a Religion News Roundup for you every weekday — just sign up below.