Note: Each Friday, “On Faith & Culture” will feature an exclusive interview with a Christian thought leader or a voice of importance to the American Christian community. 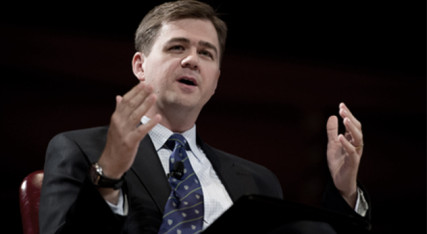 Courtesy of the University of Notre Dame

David Campbell is a Professor of Political Science at the University of Notre Dame and co-author (with Robert Putnam) of American Grace: How Religion Divides and Unites Us. The book is an enlightening read, and I highly recommend it. Here, Campbell talks about politics and the future of American Christianity.

JM: Based on current trends, how will the Church look differently in 25 or 50 years?

DC: First off, I doubt that we will speak of a singular “Church,” which is probably a misnomer even now. The story of religion in America is one of constant innovation—often by individual pastors—as they find their own niche in the wildly diverse religious ecosphere. While the current trends suggest continued disaffection from religion, as the ranks of the “nones” (non-adherents) keep growing, history suggests that we should not assume this trend will continue unabated. I suspect that religious innovators will find ways to win some of those nones back. How exactly they will do that, I do not know. Indeed, there probably will not be a single formula. I doubt that anyone in the 1960s would have predicted the success of the megachurch as an organizational form for churches.

Whatever the specifics, I suspect that successful churches will find new ways to talk about homosexuality, especially since young people are highly supportive of gay rights (including, but not limited to, same-sex marriage).  Or perhaps they will stop talking about homosexuality altogether.

DC: The quick and easy answer (for a political scientist, anyway) is to simply say, “Stop being so partisan.” But, alas, it is not so easy. Many religious leaders would no doubt say that they are not political at all, and in a narrow sense they are right. Even during an election season, relatively few churchgoing Americans report hearing explicitly political sermons, or encountering other overt political activity at church. Rather, many young people associate religion with politics—and specifically, the Republican party—because of how religion is used by political leaders, and not only because of how politics is used by religious leaders. If religious leaders are concerned that their “brand” has become synonymous with the Republican Party, the solution is to ensure that religion ceases to be co-opted by one side of the political aisle. This would require religious voices to studiously avoid politicking. When they feel called to speak out on public issues, they should be just as willing to offend the right as the left.

JM: What hopeful trends do you see in the intersection of politics and faith today?

DC: I wish I could be more hopeful about the mixture of religion and politics but, among the nation’s so-called “opinion leaders,” I see little reason to think that our current state of religiously accented political discord will end soon.  We all thought that the 2012 presidential election would be fought over the economy. And somehow we ended up talking about contraception and “legitimate” rape.

Hope lies, instead, in the inter-personal relationships Americans have with one another. As Bob Putnam and I show in our book American Grace: How Religion Divides and Unites Us, even though our politics is polarized along religious lines, Americans themselves are very comfortable with people of other faiths. The more that Americans of different faiths—and, increasingly those who claim no religious identity—befriend one another, date one another and even marry one another, the more that they develop inter-religious goodwill. Our data shows that the more religiously diverse your friendship network, the more accepting you are of all other religions, not just your friends’ religions. The more that Americans embrace the nation’s religious diversity (which does not mean weakening one’s own faith), the less politicians will find an audience for demonizing those who worship at a different altar.

JM: What role did faith play in the outcome of the last election?

DC: There was one hopeful note coming out of 2012. Many pundits, myself included, were braced for a torrent of anti-Mormon mudslinging once Mitt Romney received the Republican nomination. While there were whispers of anti-Mormon messaging, Romney’s religion did not come to the fore the way it might have. Indeed, analysis I have done suggests that, by the time of the general election, Romney’s religion had ceased to be a key criterion in voters’ evaluations of him—it mattered a lot to a very few voters, but very little to most voters. There were a lot of reasons that Mitt Romney did not win the presidential election. The fact that he is Mormon is not one of them.

Even this silver lining, however, has a cloud. The data also shows that while Romney’s religion did not necessarily hurt him at the polls, attitudes toward Mormons have become politically polarized. This may turn out to be a short-term effect that fades as time passes and memory of the 2012 campaign recedes. Or it could be a harbinger of further religiously inflected political tensions.