The Sabbath is, first and foremost, about rest.

I’m speaking tonight on Sabbath observance for the Lenten series at the Episcopal Church of the Redeemer. (I have to follow Walter Brueggemann in the lineup—can you imagine? Gulp.)

During this series, which kicked off with 24/6 author Matthew Sleeth preaching in a Sunday service and has included Sunday morning classes as well as Wednesday evening lectures, the people at Redeemer have focused totally on this single spiritual practice: Sabbath. What does it mean? Why should we keep it? And what should we do—or not do—to keep the Sabbath holy?

In my early years as a Mormon, I wasn’t much of a Sabbath keeper. I felt vaguely guilty about this, because the virtue of the Sabbath was preached often from the pulpit, Mormonism never having succumbed to American culture’s general decline in Sabbath observance.

So my Sabbath deficiency became just one more way that I felt I was falling short as a Christian.

I didn’t get serious about Sabbath until I became a parent. But it wasn’t like I had somehow grown more wise or spiritual as a new mom, or even because I wanted to set a good example for my daughter.

No, I did it because I wasn’t getting enough sleep. Ever.

Nowadays people ask me which of the spiritual practices I tried for Flunking Sainthood that I still do. Fixed-hour prayer? Fasting? I tell them that while I attempt some of those practices from time to time, there are two to which I hold firm: Sabbath-keeping and the Jesus Prayer.

I stick to these disciplines like glue not because I am a virtuous person or a particularly good Christian, because I’m neither. With Sabbath in particular, I observe the practice because I am basically a selfish person.

I have come to love the Sabbath because I have permission—finally, weekly—to lay down my anxieties and cease, which is what the word shabbat means. Sabbath is about stoppage. It is about rest, and family, and love. 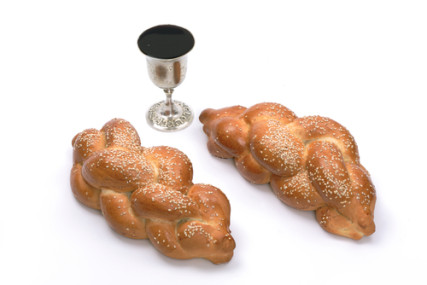 It’s also about God, but not in the parsimonious, self-engineered way that so many Christians seem to think it is. They imagine that God only allows us to rest from our regular work on Sunday so that we can do our Other Great Work, which is to spend extra time reading our scriptures, or at prayer.

Those are of course important things to attend to in a spiritual journey, but they are not the purpose of the Sabbath. The Sabbath is a cease-and-desist order, the longest and most specific of the Ten Commandments. When God orders us to stop work in Exodus 20:8 and elsewhere, it is explicitly repeated that stopping work is in itself a holy thing. In fact, such cessation is the only “holy” attribute mentioned in conjunction with the Sabbath.

How often we misunderstand this in our work-obsessed culture. I once heard someone at my church say from the pulpit that he would never feel comfortable napping on the Sabbath and thereby “wasting the Lord’s day.” What hubris.

If God himself rests on the seventh day—note that the fourth commandment is the only one of the ten that God himself keeps—can we be so prideful as to imagine that the world will stop spinning on its axis the moment we cease our labors?

The Sabbath image and the photo of chairs on the beach are used with permission of Shutterstock.com.