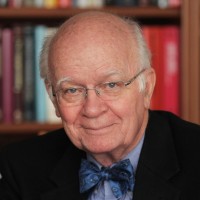 "It behooves us to keep talking about the papal election for as long as possible. Once it's over, we're back to the federal budget deliberations, and I prefer a story in which nothing gets sequestered but the cardinals." Thus columnist Gail Collins spoke for many of us. So much of the talk and script after the abdication of one pope and accession of another was a distraction from reference to other urgent issues. No one can accuse the media of having slighted this religion story, as communicators scrambled to forget from their own uninformed guesses and bets before someone of whom almost none had heard was elected. (John Allen of the National Catholic Reporter was one of the very few who mentioned him as a prospect among many.)

Let me lift out just one feature of the event and the coverage: the attention to participation in central religious themes: It seemed strange to see words like "prayer," "humility," "praise," "piety," "justice" and "holiness" in headlines which momentarily obscured the more familiar Catholic themes such as "abortion," "birth control," "sex," "homosexuality," and, most notoriously, "abuse" and "coverup," terms which preoccupy publics the way "Trinity," "Incarnation," "Eucharist," and others occupied the minds and acts of church-definers in many other centuries. One hopes that curiosity about Pope Francis, the startling and creative choice of the sequestered cardinals, will keep prompting talk and coverage of classic themes.

Of course, there is talk about this pope being conservative on issues being debated. Few opinion-makers assumed that the exuberance of the faithful and the curious in the crowds when the election was announced can last. Many reporters, while having let their guard down about the new personality on the scene—the Jesuit, the Poor World and New World pontiff—soon found themselves putting their guard back up, to point to crises in the church. The biggest image gap in the media was between the show of power in the week of elections and, for a moment, the weakness it obscured from view.

We all view the real church in the real world from our own real locations. In the case of Sightings, this means Chicago. One major local headline was "Pope Francis: Trying Times for the Church in Chicago." Art Golab and Mike Thomas there chronicle decline, not in all suburban counties but in Cook, once the nation's most populated by Catholics. Beyond the local: "Nationwide, one out of every 10 Americans is a former Catholic . . ." One of the many recent polls finds 58% of American Catholics believing the church is out of touch with its membership. While population in the Chicago Archdiocese grew by 200,000 since 1980, in this archdiocese there are 276,000 fewer Catholics over these years. Everyone sees empty pews, closing schools and churches, fund-shortages, payouts for settlements after scandal and what the quoted Northwestern University veteran Robert McClory calls "disenchantment."

Non-Catholic Christians in such a culture neither look on in envy at inflated Catholic coverage of Pope Francis nor without sympathy for a suffering church. One reason for the sympathy occurs because almost no other church is also wholly exempt from many trends which hit Catholicism so hard. The "Nones" of "no-religion" haunt believers. And in Catholic cities like Chicago, half-full parking lots and pews testify to the indifference in the face of which the new Pope will try to make a difference.

M.E.M. recommends "Pope Francis the first of his kind in more ways than one" by Eugene Kennedy.