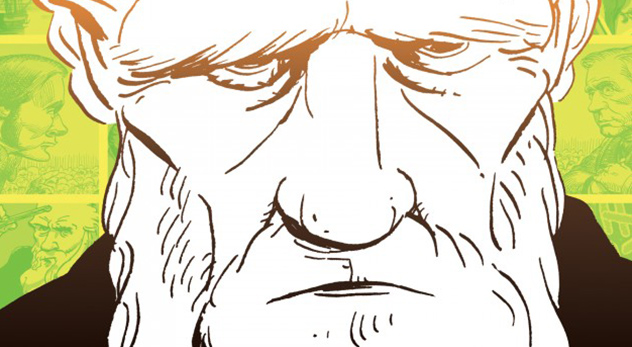 The battle between creationists and evolutionists is among the fiercest in the culture wars. Modern American history–from the Scopes Trial to the rise of the Christian right–has served only to intensify the debate. But with so many voices and so much misinformation, it is difficult to understand all of the intricacies involved. Enter Mapping the Origins Debate: Six Models of the Beginning of Everything, a new book by Gerald Rau that seeks to explain what we’re now seeing. He says that the battle is a deep struggle involving political, theological, and philosophical assumptions.

“There is a war going on, but it is not a war between science and religion,” Rau says. “Rather, it is a war about what science is, a war that is philosophical more than religious.”

Rau is an independent scholar with degrees in Biology, Science Education, Horticulture, Plant Breeding, Vegetable Crops and International Agriculture. He’s also the founder and chief editor at Professional English International, Inc., a team providing high quality editing services in English academic writing, based at National Chung Cheng University in Taiwan. In this book, he applies his extensive education history to the hot topic of evolution. While it’s a debate that’s raged for decades with no sign of letting up, Rau contributes a big-picture perspective, particularly relevant to Christians seeking answers about science, faith and our origins.

JM: Could you give us a brief overview of the six models?

GR: For a long time, there have been four widely recognized models of origins. The first, naturalistic evolution, is based on an atheistic or agnostic position. The second is theistic evolution, which claims God somehow used an evolutionary process to create. The third, old-earth creation, accepts that the earth is billions of years old, but says God created in distinct creative events, in the order recorded in Genesis. The fourth, young-earth creation, holds that God created in six 24-hour days within the last 10,000 years.

The six models comes from the way I divide theistic evolution into three separate models, based on differences in the way they interpret either the Bible or the scientific evidence. The first, non-teleological evolution, asserts that God created, but had no particular goal, and is simply watching the unfolding of events as they happen. The second, planned evolution, says that God had a plan, but creation was so perfect that he does not need to continue to intervene in natural events after the point of creation, although he may still be involved in human events in response to prayer. The third, directed evolution, claims that just as God is continually involved in human history to bring about his plan, in the same way he is continually involved in natural history, whether this is scientifically detectable or not.

JM: Which model do you see growing in acceptance or popularity?

GR: First, let me say that it is not easy for an individual to change their position, because each model is so closely tied to underlying worldview assumptions that are rarely questioned. Thus most of the change comes as the younger generation hears of new models, new ways of thinking about an issue, before their minds are fully made up. This is true of all major social issues, not just evolution.

Probably the models that have been growing fastest in popularity recently are planned evolution and old-earth creation. Planned evolution has been popularized by the Biologos Institute and the writings of Francis Collins. Old-earth creation is the model supported by most within the Intelligent Design movement, popularized by the Discovery Institute. There is also a small but growing number of scientists who support non-Darwinian evolution, challenging the basic assumption of gradualism and the ability of natural selection to form new species. Non-Darwinians working from a Christian perspective would fit in the category of directed evolution.

JM: Why is it that American Evangelicals have a hard time accepting evolution when their British counterparts don’t seem to have a problem with it?

GR: I think there is a historical explanation for the difficulty in America, as I describe briefly in the book. There were many problems with Darwin’s original formulation of evolution, which were at least partially resolved by the addition of genetic ideas in the neo-Darwinian synthesis. These were popularized at the Darwin centennial celebration in Chicago in 1959, giving new life to Darwinism. At about the same time, the launch of Sputnik in 1957 led to an emphasis on science education and the writing of new textbooks. Many of those textbooks, like the BSCS biology textbook first published in 1958, not only treated evolution as a scientific fact, but also stated or strongly implied that it was purposeless and undirected. Rejection of this philosophical indoctrination of youth undoubtedly increased the popularity of The Genesis Flood, published in 1961, which became very influential in the modern young-earth movement.

I really can’t speak to the British situation, since I have not studied the social situation there and how it differed from the US, but it is certainly true that many British evangelicals, including C.S. Lewis and John Stott, to mention two authors familiar to Americans, have had no problem with evolution. I suspect that perhaps textbooks there avoided the philosophical statements that engendered the backlash in the US, but I have not done the research necessary to know.

JM: Why does this matter? What’s the importance of figuring out the Earth’s and humanity’s origin?

GR: I address this in chapter 6, about the origin of humans. If we are merely sentient animals, as naturalism states, our mind is simply a projection of our brain, we have no eternal existence, and humans ultimately have no more worth than any other organism. Within the various Christian positions, all agree on the inherent worth of humans as created in the image of God, but there is a wide variety of opinion on what that means.

One of the main reasons it is important to study this issue is that our understanding of the origin of earth and humans is intimately connected to our understanding of the Bible and how God relates to his creation. If our position in all of those areas is not logically consistent and intellectually defensible, how can we expect to convince others that Christ is the truth? We owe it to ourselves and others to do whatever is necessary to know why we hold a particular interpretation, both of the scientific evidence and of the Bible, rather than merely accepting it because it the church we grew up in taught a certain thing. Many young people from the churches go off to college and don’t really know what they believe or why, so they are easily led away from the faith. In today’s society, with its emphasis on science and technology, it is important that the scientific evidence be considered along with the Bible, both for our sake and to be able to communicate with those around us.