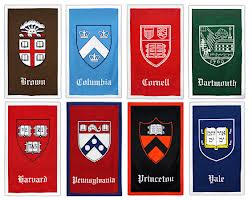 New York Times columnist Ross Douthat, Harvard '02, has ruffled the Ivy League dovecots by standing up, more or less, for Susan Patton, Princeton '77, who had the pre-feminist temerity to tell the Daily Princetonian that Princeton girls should make it their pre-graduation business to find Princeton boys to marry. Her point was that there's no better way for the girls to hook partners who are their intellectual equals.

That's not Douthat's point. He thinks Patton's letter really shows that "elite universities are about connecting more than learning, that the social world matters far more than the classroom to undergraduates, and that rather than an escalator elevating the best and brightest from every walk of life, the meritocracy as we know it mostly works to perpetuate the existing upper class."

Though Patton doesn't say so, that may really have been her own goal--and she's got two Princetonian legacy sons to prove it. For his part, Douthat, who made his bones as a 25-year-old with a book titled Privilege: Harvard and the Education of the Ruling Class, has a long intellectual pedigree.

Beating up on Harvard as a place of unmerited privilege dates back at least to 1722, when in the guise of a tart Boston widow named Silence Dogood 16-year-old Benjamin Franklin described it in his brother's newspaper as "the Temple of Learning, where, for want of a suitable Genius, they learn little more than how to carry themselves handsomely, and enter a Room genteely, (which might as well be acquir'd at a Dancing-School,) and from whence they return, after Abundance of Trouble and Charge, as great Blockheads as ever, only more proud and self-conceited."

Or, as Douthat genteelly ends his column:

That the actual practice of meritocracy mostly involves a strenuous quest to avoid any kind of downward mobility, for oneself or for one’s kids, is something every upper-class American understands deep in his or her highly educated bones.

But really, Susan Patton, do we have to talk about it?

For my part--and that's Harvard '72, folks--I'm surprised that Douthat doesn't approve of this non-meritocratic desire to strive for the greater good of oneself and one's kids. Isn't that what conservative family values are all about?

What's actually going on here is a rhetorical game identified by the late, great economist Albert O. Hirschman as the Futility Thesis--the contention that "attempts at social transformation will produce no effects whatever—will simply be incapable of making a dent in the status quo."

Hirschman himself disagreed with the thesis. He believed that the futilitarian critique could serve to bring about reform, and called upon the critics to be "a little less disabused and bitter...with some openness to the unexpected, the possible..."

Actually, in my experience elite colleges and universities do a pretty good job of finding the meritorious poor and giving them scholarships to attend. And if the beneficiaries, now members of the elite, end up wanting their kids to get in regardless of merit, that's no guarantee of admission. I guess that's why it pays to marry smart.