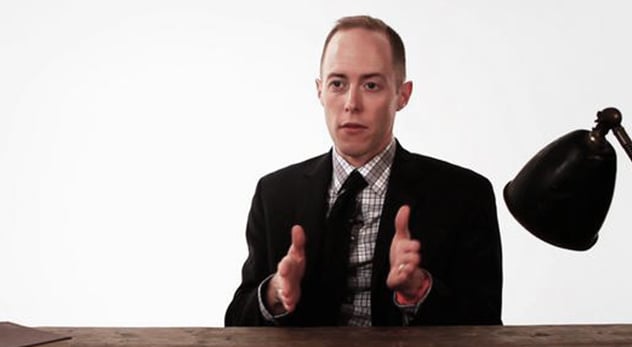 After years of fighting, prominent Christian activist Tyler Wigg-Stevenson concludes, “the world is not ours to save.”

Tyler Wigg-Stevenson, 35, took the evangelical world by storm a few years ago with the launch of his “Two Futures Project,” a movement to mobilize Christians for the global abolition of nuclear weapons. His work sparked a national conversation on these issues among Christians, and he has since been named the chairman of the Global Task Force on Nuclear Weapons, an initiative of the World Evangelical Alliance. After years of activism, he’s written a provocative new book titled, The World Is Not Ours to Save: Finding the Freedom to Do Good. Here we talk about the Christian “cause culture” and the space between “liking Facebook pages” and the complexity of global problems.

JM: How has social media changed our awareness and action toward causes?

TWS: It’s easy to see why social media seems like catnip to many professional activists. After all, a lot of activism is based around the idea that if you can just get a lot of people thinking and acting the same way toward a common cause, you can enact the desired change.

But it’s not simple to turn the potential energy afforded by social media – “Millions of people could see my Tweet!” – into the force required for good activism. Facebook, Twitter, Google Circles, etc., all represent amalgamations of overlapping niche networks: the power of a Facebook recommendation is that it’s coming from a friend, whom you trust. This means that truly mass appeal for causes tend to be either rare and unpredictable/unrepeatable – the viral video, story, etc. that crosses niche boundaries – or result from more traditional centralized channels. Kony 2012 was a great example of the latter: it spread like wildfire because Invisible Children had done such an amazing job with their “ground game” in the preceding years, building up a core base of passionate support.

This is why social media isn’t a magic wand for causes. It’s easy enough to retweet a message or like something on Facebook, but without sacrifice and personal commitment that goes way beyond those sorts of actions, change is impossible. Instead, social media ought to be viewed by those interested in causes as a force multiplier, and a tool to be used to complement more traditional tactics. There’s no better example than the organizing that went on with the Arab Spring. Activists used social media to circumvent authoritarian government crackdown, but it wasn’t an online revolution. Change happens when people have skin in the game.

JM: In some ways, American Christians have created a “cause culture.” But with so many causes and needs in the world today, how can one avoid becoming overwhelmed, or worse, numb? How can one choose what needs in which to try to make a difference?

TWS: I wrestle with this all the time. My specialty is nuclear weapons and nuclear security. Early in my activist career, I thought to myself, “these things are so dangerous, how can anybody care about anything else?” But I quickly realized that the world’s brokenness can never be reduced to this or that problem. It manifests in nearly infinite ways.

If you spend 15 minutes reading world news online you can be exposed to more misery than you could hope to address in a lifetime. The answer I propose in the book is that we need to start with a robust sense of vocation, or calling: God doesn’t need our big plans, but he calls us to be little Christs. So begin with that. What has God given me to give? What does it look like for me to live faithfully oriented to the coming kingdom? An honest assessment here will mean that we recognize our own finitude. We can’t do, be, or solve everything. So, given when and where we stand, what can we do well, and enduringly, and as a manifestation of our love for God and love for neighbor?

Embedded in this understanding is a really robust sense of the unity of the body of Christ, and the diversity of its members. I quote a wise college minister who said that because we’re part of this great unity, we can care about everything Jesus cares about while carrying only that part that we’ve been given.

JM: What does your book title imply?

TWS: The title alludes to the message that prompted my conversion to Christianity as a young activist and which has guided me ever since (though I often need reminding!). The world is not mine – or yours – to save. This doesn’t mean that our actions don’t matter. It doesn’t mean that we can’t do a great deal of harm, or good, by what we do or don’t do. Quite the opposite, in fact! But what it does point us to is that the Christian’s primary social orientation – “seek ye first the kingdom of God” – is to a reality that we have no power to bring about in its fullness.

I find this to be tremendously liberating. It means that followers of Jesus are free to give ourselves wholly to love, peace, justice and freedom. We can trust that what is required of us is wholehearted fidelity to the one who does save the world, rather than our own efficacy in bringing it about. This might seem like a subtle difference, but I’ve seen it matter a great deal in seasoned activists’ lives. You’re doing it right – you are free to do the good that you can do – when your activism is a manifestation of your life’s true focus, rather than having your activism be the focus itself.

JM: People often (mis)attribute a quote to Gandhi that says to be the change you want to see in the world. Is that where you suggest starting? What does that look like on a practical level?

It is a mis-attributed quote – Gandhi never actually said it! Regardless, though, that’s not exactly what I’m driving at. It is true that Christians cannot separate the personal change of sanctification from the public goods that we seek. That is, making society better by my actions is never a substitute for my growth in Christlikeness. So someone working for a more loving, peaceful, just world should be practicing love, peace and justice in her own life. But the dangerous flipside of the “be the change” mentality is that it can equally turn narcissistic: you focus on personal change, and ignore the costly, public commitments that genuine neighbor-love require.

What I’m suggesting in the book is the holistic, balanced life that a passionate focus on the kingdom of God permits. The second half of the book explores the kingdom vision of the prophet Micah in 4:1-5, and I see three themes of peace at work there: peace with God, peace among the nations, and peace in community.

The point is that these aren’t either/or options, but rather complementary threads that comprise a Christian life lived with integrity toward God and neighbor. The focus on this three-fold peace reminds us of the breadth of our God-given calling, and helps us not prioritize one aspect over any other. On a practical level, in the last chapter I focus on what it looks like to pursue a kingdom vision through the lens of vocation. That entails an honest analysis of one’s own giftedness and context, from which we can then ask: am I living my calling in a way that is truly oriented toward peace with God, peace among the peoples, and peace in my community?

JM: Who do you hope reads this book?

TWS: I’ve talked a lot about “activism,” but the book is intended for a much broader group than those who apply that label to themselves. I think there’s a generally activist spirit animating the church in the West today, especially younger Christians. Believers want to live out their faith in public. People want to do good in the name of Jesus Christ. That’s a fantastic thing. But it can also play out in ways that are less good – with spiritual and practical pitfalls all around. My hope is that this book will encourage and equip Christians who are passionate about serving their Lord in public, by linking up the activism we do in the world with the core of our spiritual foundation and calling. Toward that end, I hope the extensive study guide at the back of the book might make it useful for small groups, youth groups and nonprofit staffs.