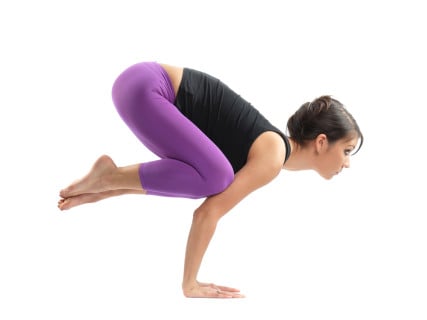 Going for enlightenment, or yoga butt? Or both? Photo by Alexander Yakovlev via Shutterstock

Several cemeteries have refused to accept the body of Boston bomber Tamerlan Tsarnaev, and the funeral director at Graham, Putnum & Mahoney Funeral Parlors in Worcester, Mass. is weathering fierce criticism for working with the bombers’ uncle, who is giving his nephew a traditional Islamic burial. Said funeral director Peter Stefan:

“We take an oath to do this. Can I pick and choose? No. Can I separate the sins from the sinners? No,” Stefan said. “We are burying a dead body. That’s what we do.”

Mark Sanford is in a too-tight-to call race with Elizabeth Colbert Busch for the Charleston-area seat in Congress, and Sanford. Polls open tomorrow. The former S.C. guv, who resigned after running off with his mistress and lying about it, says: “I’m just starting to preach!”

But Sanford should feel lucky he’s not running for chief Ashkenazi rabbi in Israel, a race that  seems even more contentious.

The jury today continues to deliberate in the trial of the Philadelphia abortion doctor, a case which could have national implications, the AP tells us.

Rhode Island just became the 10th state to opt for gay marriage and the Delaware legislature holds a key vote on the subject Thursday. But some anti-same sex marriage conservatives say they’re not worried because this is a deep blue state trend.

John Blake considers the Family Research Council’s assertion that it’s easier for a gay person to come out than Christians to come out of the closet about their belief that homosexuality it condemned by the Bible.

A father is suing the Diocese of Evansville, Ind. after his developmentally-disabled daughter lost her virginity on a church-sponsored retreat to encourage abstinence.

The Roman Catholic priest at the center of a public furor enveloping Newark Archbishop John J. Myers has resigned.

A female teacher at a Catholic high school in Ohio, fired after the name of her same-sex partner appeared in her mother’s obituary, is fighting to get her job back.

In Uganda, a priest is suspended for calling out the church for its sex abuse problems in Africa. It’s not purer than the church in the U.S., or Western Europe, said Rev. Anthony Musaala, who said he not only knows of others’ wrongdoings but as a teenager was a victim himself.

A bomb explodes at the official opening of a new Catholic church in Tanzania, killing one and injuring 57, and worrying Tanzanians that sectarian violence is escalating. Four Saudis have been arrested.

Worries about Islamic extremists have prompted Aerosmith to cancel a concert in Indonesia, as Lady Gaga did last year. Jennifer Lopez kept her Indonesian date but toned down her costumes and dance moves.

Cathleen Falsani prayed to God to find a truly spiritual yoga teacher after her “not-so-great experiences in the crowded commercial studios where the main goal of the ancient Indian practice seemed to be attaining the perfect ‘yoga butt,’ rather than anything approximating enlightenment.”

Jana Riess had a 102 degree fever right after her mother’s funeral, and was yearning for a priesthood blessing when two missionaries knocked on the door. A feverish hallucination?

An English priest looks at the silly names celebrities choose for their children, and longs for the days when parents named their children after saints.

A man in Philmont, New York is about to finish a six-year project to copy the King James Bible by hand.

Even though I am a Jewish mother I won’t make you feel guilty for ignoring our fundraiser to sustain the Religion News Roundup, for which I rise at the crack of dawn to give you the freshest religion news there is. Do not give a second thought to the eye strain or the carpal tunnel that the roundup tends to exacerbate as I comb the Internet for the very best in religion news, provided free to you, every weekday. Really, don’t worry about me. You should just read it in good health. I’m sure someone else will make a contribution.