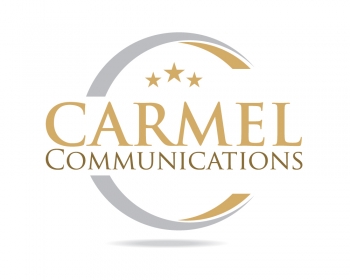 17-track album from Benedictines of Mary in stores/online today

Atlanta, GA, May 7, 2013 – The awe-inspiring music of ANGELS AND SAINTS AT EPHESUS, the highly anticipated CD from the Benedictines of Mary, Queen of Apostles, is available today from De Montfort Music/Decca.

This follow-up to last year’s number one hit ADVENT AT EPHESUS is a year-round collection featuring 17 English and Latin pieces sung a cappella for the feasts of the holy Saints and angels. Recorded once again at their Priory in the heartland of America, this new album, also available for digital download, is a dynamic yet pure fusion of their contemplative sound.

“We are truly excited that ANGELS AND SAINTS AT EPHESUS is available today,” De Montfort Music co-founder Monica Fitzgibbons said.  “This is a classic must-have recording for any collection of music, and an opportunity to experience the Heavenly sounds emanating from these holy hearts of the Benedictines of Mary whose singing sparks a heightened sense of the True and the Beautiful.”

“I was surprised by how well [the sisters] sang,” Alder said. “I was already convinced that the quality of their singing was high, so I would enjoy myself musically. … The main feeling to listening to them is the belief in the thoughts that are being expressed and a familiarity and love of the style of music.”

Check out a visual sneak peek of the album: http://www.youtube.com/watch?v=tMF04ErFVaE.

This is the second album from the Benedictines of Mary. Last November and December, the Sisters’ debut album, ADVENT AT EPHESUS, with De Montfort Music/Decca, spent six weeks at #1 on Billboard’s Classical Music Chart, and the Sisters ended up as the #1 Classical Traditional Artist of 2012, according to Nielson’s Soundscan. Featured on NPR, USA Today, People Magazine and The Washington Times as well as countless other critically acclaimed press outlets, the Benedictines of Mary have created another beautiful recording of their music.

EWTN – the Eternal Word Television Network – has announced multiple broadcasts of a 30-minute special on the Benedictines of Mary, Queen of Apostles, and the making of ANGELS AND SAINTS AT EPHESUS, which is available now worldwide from De Montfort Music and Decca Records.

About the Benedictines of Mary, Queen of Apostles

Founded in 1995, The Benedictines of Mary, Queen of Apostles, are a young, monastic order of Sisters. The Sisters sing together eight times a day as they chant the Divine Office in Latin.

De Montfort Music is a division of Aim Higher Media, both founded by music-industry veterans Kevin and Monica Fitzgibbons. Its special mission is to sign, develop, produce and bring to market the very best in Sacred Music.