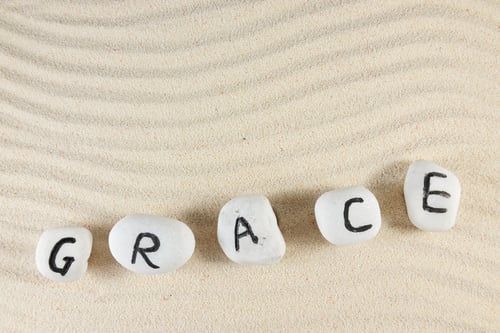 This month, the evangelical magazine Christianity Today asked three experts on youth ministry how Protestants might better engage their own teenagers and young adults, looking to Mormonism for a possible answer. With its recent sharp increase in new missionary recruits shipping out around the world, Mormonism has become the It Religion for youth involvement and leadership.

I should say at the outset that it’s progress that CT would dare to look to Mormonism for any kind of inspiration. As some of the article’s comments show, doing so is not a popular stance among evangelical readers; two commenters have already accused CT of having an editorial agenda “contrary to the scriptures.”

But apart from a grudging admiration of the passion of Mormon youth, the article itself is hardly laudatory of Mormonism. In fact, its title — “What Can Christians Learn from the Surge in Mormon Youth Missionaries?” – makes the age-old battle lines clear: Christian ≠ Mormon. All three of the experts fault Mormonism for a works-based theology:

“Trying to earn God’s favor through human effort is not going to help any teenager, whether Mormon or Protestant.” – Greg Stier

“Christians have a unique core that motivates our service, a core that separates our religion from others, including Mormonism. That core is grace—amazing grace.” – Kara Powell

And they’re right, up to a point. On the works-grace continuum, most Mormons stand closer to the “works” end of the spectrum than most evangelicals do. But an eloquent (and polite!) LDS commenter to the CT post notes that the theology inherent in the Book of Mormon’s “by grace we are saved, after all we can do” mantra (2 Nephi 25:23) is indeed compatible with a theology grace:

Those who quote this verse often misunderstand the meaning of the last phrase. It reads: “For we labor diligently to write, to persuade our children, and also our brethren, to believe in Christ, and to be reconciled to God; for we know that it is by grace that we are saved, after all we can do.” Alma 24:10-11 makes it clear that “all we can do” is repent. LDS beliefs are not a system of works-righteousness. LDS beliefs are in accord with the teachings of both Paul and James. We believe in salvation by grace through faith (Rom. 5:2; Eph. 2:8) but we also believe that faith without works is dead (Jam. 2:17). True faith will be accompanied by good works. Other portions of the Book of Mormon make it clear that our works in no way save us.

It’s good to understand the 2 Nephi quote in context, and it’s also important for evangelical writers to recognize that over the last two decades, Mormonism has been emphasizing grace more and more from the pulpit.

As I’ve tracked this theological evolution, though, I have seen a key difference in how Mormons use the language of grace and how evangelicals use it. Evangelicals often talk about grace as a means of salvation, which (in rhetoric if not always in lived practice) is an end in itself, full stop.

Mormons talk about grace as our means of salvation as well, for everything begins with the free gift of Christ’s atonement. But grace also equips us for service in the here and now. The opening sentence in the LDS Gospel Topics reference defines grace as “the help or strength given through the Atonement of the Lord Jesus Christ.”

The Mormon definition focuses on grace as “enabling power” and “spiritual strength.” It is a gift, yes, but it’s one we have to unwrap and put into play.

A danger of the Mormon view of grace is that it can easily devolve into the caricature that some evangelicals have charged us with – the notion that our works can save us. As the second CT commenter rightly observes, a performance-based religion “leads either to pride (‘I can do it!’) or to despair (‘I can’t do it!’).”

A danger of the evangelical view of grace is complacency. If grace is merely the key that unlocks salvation, then why does the vast majority of the Bible focus on grace-full ways of inhabiting this life—how we spend our money, teach the gospel, serve our neighbor, and feed the poor?

The answer is that it is a balance. I’m grateful for evangelical friends and writers (Philip Yancey in particular) who have taught me what makes grace so amazing. But I’m also grateful that Mormon theology demands, every day, that any faith that God’s grace has sparked in me be put into action.