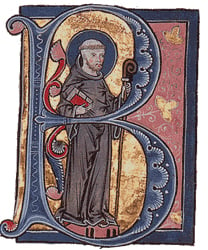 Phil Lawler, the redoubtable conservative Catholic commentator, has come to the conclusion that Pope Francis is a simple pastor. On his CatholicCulture.org site, Lawler writes:

When I began reading about our new Pope, before working on my own book about his life and the prospects for his pontificate, I quickly recognized that this was a man who deals in concrete facts rather than abstractions, who prefers to deal with people rather than ideas. He has not written books.

So now, after two Pontiffs with extraordinary scholarly credentials, we have a Pope who has no pretensions to intellectual status. After two Pontiffs who were active participants in the Second Vatican Council, anxious to help us understand the Council’s teachings, we have a Pontiff who was ordained to the priesthood after the Council, and has spent his entire ministry putting those teachings into practice. After two great theorists we have a practical tactician.

Yes, yes, Lawler (a Harvard man, like me of the Class of ’72) has great appreciation for Francis’ humbler gifts. Jesus, too, “spoke to ordinary people in their ordinary language.” And, of course, “The Holy Spirit chooses the man for the hour.” But it is hard to avoid a sense that, to Lawler’s way of thinking, the new pope is, well, not quite comme il faut intellectually.

I’m not so sure. What’s true is that Francis is very wary of those who pride themselves on their intellectual grasp of religious doctrine. In a talk six years ago, he had this to say about the Prophet Jonah, who fled God’s command to preach repentance to the people of Nineveh:

What he was fleeing was not so much Nineveh as the boundless love of God for those people. It was that that didn’t come into his plans. God had come once… “and I’ll see to the rest”: that’s what Jonah told himself. He wanted to do things his way, he wanted to steer it all. His stubbornness shut him in his own structures of evaluation, in his pre-ordained methods, in his righteous opinions.

At his morning Mass the other day, Francis analyzed Judas in similar terms, as having “an isolated conscience” separated from “the community of others”:

Let us think of that moment with the Magdalene, when she washed the feet of Jesus with nard, which was so expensive. It is a religious moment, a moment of gratitude, a moment of love. And he [Judas] stands apart and criticizes her bitterly: “But … this could be used for the poor!” This is the first reference that I personally found in the Gospel of poverty as an ideology. The ideologue does not know what love is, because they do not know how to gift themselves.”

In his critique of intellectual pride, Francis stands in the tradition of some of the Church’s greatest thinkers. St. Bernard of Clairvaux, for example, liked to criticize book-learning, particularly as practiced by the new philosophers of the Parisian schools, but he himself wrote some of the most sophisticated spiritual theology in the Western tradition; indeed, that shrewd product of the schools, John of Salisbury, called his exposition of the Song of Songs “subtilissima et utilissima.”

The new pope may not appear on the world stage in the garb of the academic theologians. But what he has to say may prove to be more subtle, to say nothing of more useful, than what is in their books.