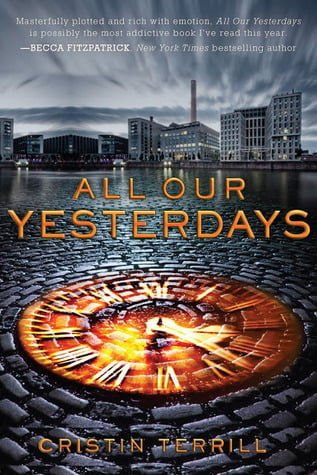 Today at Book Expo America one of the best-attended sessions was the YA “Buzz” panel, where editors at five major houses highlighted one pick from their fall list and sang its praises.

Now, sometimes the more literary fare that editors are most excited about doesn’t turn out to be what’s “hot” in sales when the book is released, but at other times the commercial and the literary do converge. Some of the past buzz picks of this annual panel have been like that, including Ally Condie’s Matched, a series I greatly enjoyed. According to the editor, Rowell’s first book with St. Martin’s, Eleanor & Park, generated intense in-house support. “The whole company read it. I had men and women of all ages coming up to me and saying that it was the best thing they had read in years.” So the staff had high expectations for the second effort, which Rowell dispatched in short order. “She had done it again,” the editor enthused. “She had written another masterpiece.” Amid all the back story about the story and its acquisition, I didn’t actually catch much about the plot of this novel, though the editor said it’s “about family, fan fiction, love, and identity” and features a teenage girl who is so busy writing fan fiction that she doesn’t realize there is a real-life would-be suitor right under her nose. 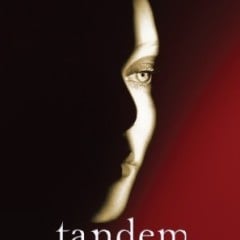 Tandem, according to its editor, “will make teens question and wonder about their own lives.” It’s a sci fi love story that she described as dark, romantic, and smart. “Tandem takes the notion of being born into wealth and poverty . . . and pushes the idea further,” she explained. The main character, Sasha, has been told stories by her grandfather about alternate universes; she likes to imagine that in some other universe, her parents are still alive. But she gets more than she bargained for when she discovers that not only do alternate realities exist, but they can be deadly. It sounds like this is exciting fantasy fiction with multiple POVs and the now-requisite love triangle. Fans will be glad to know that this project is the beginning of a series; Tether comes out in the spring, and there will be several original digital stories as well. 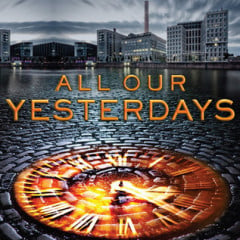 All Our Yesterdays by Cristin Terrill (Hyperion/Disney, Sept.)

This book was originally pitched as “Terminator meets The Time Traveler’s Wife.” It appears to be equal parts love story, thriller, and sci fi/fantasy. The editor was charming and told a funny story about how this novel was acquired, how badly she wanted to beat out the other editors who were bidding for it, etc. But as I listened to her trying to recount the plot without imparting spoilers, I realized that this is the kind of plot that an editor simply cannot recount without imparting spoilers. She did a great job trying, however, and here goes: A 20-year-old has the chance to go back to her 16-year-old self and give her some advice. But this isn’t the usual “dump your loser boyfriend” advice, since a totalitarian government has taken over America. The plots hinges on two prisoners in adjoining cells who are bonding with each other as they try to rewrite history. Or something. Whatever. The important thing is that PW gave it a starred review. 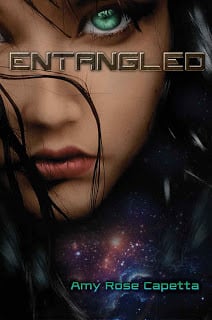 This is the book I got so excited about I actually pumped my fist in the air. Its editor had me at this unique hello: “If the TV show Firefly were a YA novel, it would be Entangled.” YES! The heroine of this futuristic adventure story learns she has been “quantum entangled” with a boy across the universe. When entanglement happens in this world, those who are entangled can bond with one another through space and time; distance does not matter. Cade (the girl) knows the boy with whom she is entangled is in danger, and to save him she travels with a ragtag crew through space (this would be the Firefly part, I’m guessing) and discovers the power of friendship. In the end, she has to “choose between the boy she’s come to save and the people she’s come to love.” The editor says she sees the heroine as the third member of the Trifecta that includes Katniss and Katsa from The Hunger Games and Graceling, respectively. I am so there. If You Could Be Mine by Sara Farizan (Algonquin, Aug.)

If some of the other books on this panel are going to get tens, even hundreds, of thousands of readers . . . and “team so-and-so” t-shirts . . . and all the trappings of YA bestsellerdom . . . then this one is going to run away with the awards. I suspect its commercial appeal is limited because after the panel, it was the only book remaining after the stampede of YA readers had snapped up the other four, and I know it will win literary accolades since it’s the only one of the five I’ve been able to start reading. It’s quite excellent so far. The plot centers around the fact that in Iran, it’s a crime to be gay—a crime punishable by death. This I knew. What I did not know is that in Iran, it’s also legal to physically change the gender identity of a homosexual person. In this story, a young woman named Nasrin has been in love with Sahar, her best friend, since childhood. Because they are girls they can spend much time together unsupervised, which a young mixed-gender couple could never do in their society. Also, as Sahar says,“There’s nothing like a head scarf to hide a hickey.” But when Nasrin’s parents arrange a heterosexual marriage with a would-be doctor, things come to a crisis. Sahar cannot abide a life in which she and Nasrin can never be officially together, and she is tired of hiding their love. The editor noted that this book answers the call for ethnically diverse heroines in YA fiction, something sorely lacking, and also for “non-coming-out” LGBTQ teens.