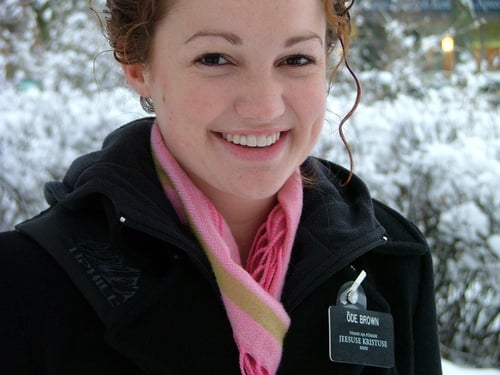 More than 85,000 LDS missionaries are expected to serve this year, the highest number ever. (Ragne Kabanova / Shutterstock.com. http://tinyurl.com/kwwtkah.)

The Salt Lake Tribune reported yesterday that the LDS Church is expecting to hit a milestone of 85,000 missionaries in late 2013. This is half again as many missionaries as were serving before the Church made its landmark October 2012 announcement that the missionary age was being lowered, spurring thousands of young men and women to turn in their applications.

Going from 55,000 to 85,000 missionaries in a single year requires some serious logistical gymnastics. My own first inkling of this came in February, when our family cleaned out my mother's house with the assistance of several young LDS missionaries. I was thrilled with their help, and the mission leaders were thrilled to be on the receiving end of lots of sturdy, practical, free furniture. They were getting ready to open ten new missionary apartments and had to find beds, desks, chairs, and tables for them all -- not to mention towels, sheets, pots, pans, and all the usual paraphernalia of housekeeping.

But it's not just castoff furniture and housewares that these missionaries need; it's money. The $400 a month that every LDS missionary pays to serve is a leveled fee that is the same regardless of where the mission takes place, whether it's in costly Japan or the far less expensive nations of West Africa. The actual costs of each missionary's service are higher, sometimes dramatically so.

With this reality in mind, the LDS First Presidency asked that a letter be read from the pulpit this past Sunday, urging members to be generous in their donations to the missionary fund, in addition to paying their regular tithing.

In thinking about this unique time in LDS history, I'm reminded of the surge in vocations among American Catholics just after World War II. So many returning soldiers decided to take up holy orders that there was not space to accommodate them. At Gethsemani, where Thomas Merton was among the throng of new monks in the late 1940s and 1950s, the space was so inadequate that Quonset huts were hastily constructed to make room for them. (And these veterans thought they had left military life behind them!)

Seventy years later, with the crisis in vocations in the Roman Catholic Church, it's hard to remember this brief flowering of monasticism and missions. Last year, my mother's cousin David's lovely monastery was closed entirely because of its dwindling numbers of aging monks.

This diminishment is sad but perfectly natural. There has not yet been a religious movement that managed to sustain such levels of enthusiasm through the course of centuries; it's rare for it to last even for a few decades. And despite the Mormon tendency toward exceptionalist thinking (the Church will always keep growing; numeric growth is a sign of the Lord's favor; etc.), there is little reason to believe that Mormonism's Missionary Moment will continue unabated.

It's good that the Church is asking for members' short-term donations. That is far more responsible than banking on the current surge in missionary applications as a new normal, and building a corresponding infrastructure to match that expectation.

But here's the good news: no matter how brief this missionary moment may be before things settle down, it will make a difference in the Church and the world. Lives will be changed -- not just converts' lives, but the lives of the missionaries themselves as they grow in faith and in their relationship with God. They will learn how to communicate their beliefs to the world, and how to embrace more grace-full lives.

And who knows? Perhaps there will be a Merton among them.