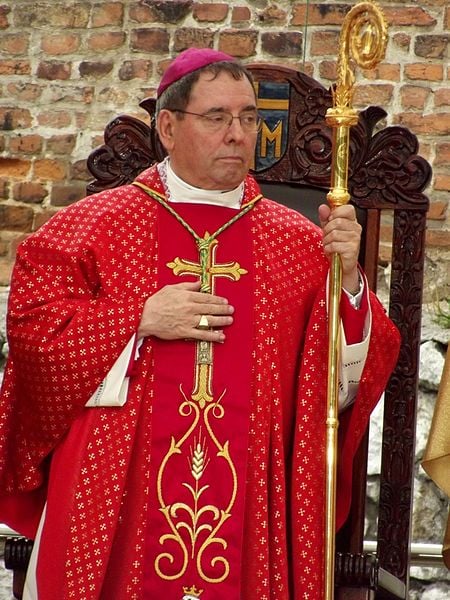 After maintaining radio silence for a month, Archbishop Myers of Newark made another effort at self-exoneration this week in a Q. and A. with the National Catholic Register. To say that his A’s strain credulity would be an understatement.

Asked whether by returning Rev. Michael Fugee to ministry he had violated the U.S. bishops’ Charter for the Protection of Children’s “zero tolerance” policy for all priests with credible accusations of clergy abuse, Myers said, “The memorandum of understanding worked out with the prosecutor’s office said he could function as a priest, but not with minors in an unsupervised capacity.”

That’s not the case. The memorandum makes clear that Fugee was not to minister to minors, period.

Myers continued: “The assignments I gave him were intended to increase supervision. He was in the chancery eight hours a day, and he was working with another priest to identify places where priests could participate in retreats. In that role, he had no contact with children.”

That’s far from the whole truth. Myers fails to mention that he also assigned Fugee to serve as a chaplain at St. Michael’s Medical Center without informing hospital administrators of the legal restrictions on him.

In his final answer, Myers said he didn’t think he would again “enter into an agreement with a civil authority that gives the supervisory function to the archdiocese. We would not enter into a memorandum of understanding that places a burden on the Church. The state has more resources. Our advice would be to tell the priest, ‘Go back for a second trial and clear your name.'”

In fact, however, the memorandum doesn’t give the archdiocese a supervisory function. It simply establishes restrictions on what Fugee could be assigned to do. The burden on Myers is that he failed to abide by the restrictions.