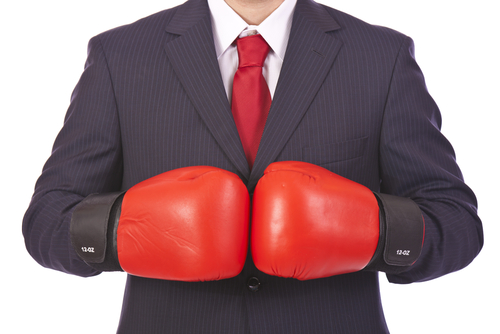 Let’s stop the insanity, people, and take a step back. (Image courtesy of Shutterstock: http://tinyurl.com/oo2grf4)

It’s time for a bit of a Friday rant.

I’ve been thinking quite a bit these last few months about blogging, and why blogging is so exhausting sometimes. It’s not usually because of the writing itself. Research and writing are demanding, but I don’t find them enervating per se.

It’s because of the emotional energy bloggers need to expend in dealing with comments. There are some toxic people out there, and many of them, I am embarrassed to say, seem to be members of my own religious tradition.

I used to have a policy of just allowing all comments to stand on my blog. (And when I was at Beliefnet I didn’t have a choice about it.) Since I was trained as a historian, it was important to me to preserve all conversations in their entirety for the future. All of our public discussions about the issues of our day, whether that’s women’s roles or theology or same-sex marriage, are important and worth keeping, I thought.

And that was how I dealt with people’s rage, by convincing myself that all of the voices in online conversations expressed a variety of viewpoints that were important for understanding our time and culture.

However, when I came back in March after three months off for my mother’s illness and death, something kind of snapped within me. As much as I like communicating with thoughtful and civil readers, whom I imagine to be the silent majority, their voices seemed outweighed by the vociferous, livid few. Since March I’ve been deleting comments from angry Mormons, angry ex-Mormons, angry evangelicals who hate Mormons, and angry random guys who blog from their parents’ basements while wearing only their underwear.

For all I know these could all be the same person.

And I’ve become more aware, as I read other religion blogs, how spiritually poisonous the blogging culture can be:

In December this came to a dangerous head when the woman who founded the “Wear Pants to Church Day” initiative actually received death threats.

And all of the people in the examples above go to church and consider themselves followers of Jesus. How is that possible? How did we raise a generation of Christians who feel it is not only acceptable but somehow an obligatory duty for them to call each other terrible names?

Let’s stop the insanity, people. Here are some basic rules of how to act like followers of Jesus online:

You shall know them by their fruits.