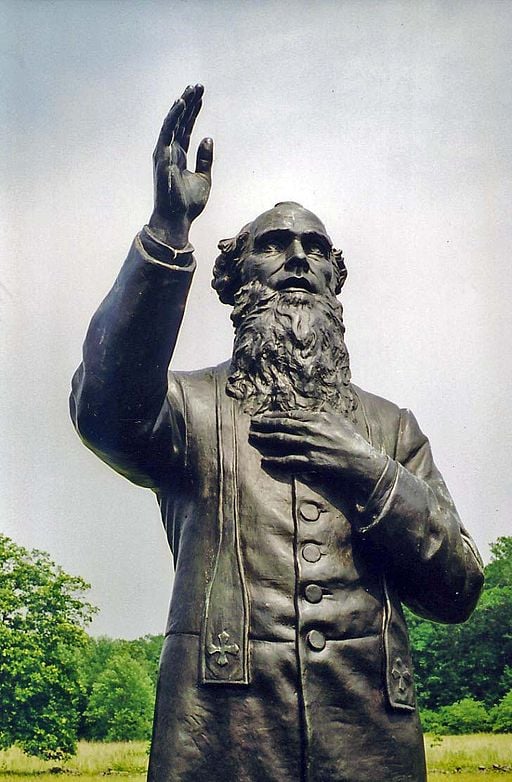 (RNS) During the July 1-3, 1863 Battle of Gettysburg, there were Christians and Jews on both sides of the conflict who knew the answer to the question “Whose side is God on?”

Or at least they thought they did. 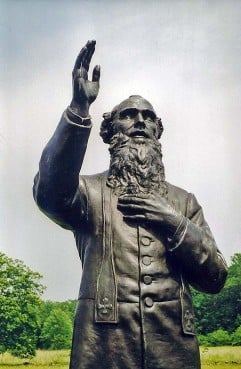 In 1861, Confederate President Jefferson Davis declared: “Our cause is just and holy,” and the South self-assuredly adopted as its motto Deo vindice (“God will vindicate us”). In the same year, Julia Ward Howe composed the “Battle Hymn of the Republic” with the triumphant words: “He hath loosed the fateful lightning of His terrible swift sword. … I have seen Him in the watch-fires of a hundred circling camps. … Glory, glory Hallelujah, His truth is marching on.”

President Abraham Lincoln, however, was less sure whether God had chosen sides, as reflected in his Second Inaugural Address in 1865:

“God cannot be for, and against the same thing at the same time. … The prayers of both could not be answered.” As Lincoln came to see it, the Civil War was a national atonement for the sin of slavery.

The Rev. Francis M. Kennedy, a 29-year-old Protestant minister with the Confederate army at Gettysburg, kept a diary in which he described the “hideous scenes” of the carnage he saw 150 years ago this week as 51,000 Americans from both sides were killed in the brutal fighting that marked the turning point in the Civil War.

The death toll from the one battle at Gettysburg exceeded American losses in Korea and nearly equaled America’s dead in Vietnam. The slaughter at Gettysburg represented almost one-tenth of the Civil War’s total death figure of more than 600,000.

Soldiers in both armies, sensing they might be killed, wanted all kinds of personal objects given to their grieving families after the war. Kennedy and other Confederate chaplains received $13,000 in cash, wallets, photos, and wedding rings before the battle.

Kennedy was an astute observer of combat. In a desperate move, on July 3 Confederate Gen. Robert E. Lee attacked the Union lines and threw 12,500 soldiers into an open field march led by General George Pickett. The Confederates lost half their men in the face of Union fire, and a defeated Lee and his battered forces retreated to Virginia.

Kennedy immediately recognized that “Pickett’s Charge” was “the mistake of the campaign, and it will be well for us if your repulse does not grow into our disaster," according to his diary published in "The Spirit Divided: Memoirs of Civil War Chaplains--The Confederacy."

Meanwhile, on the Union side at Gettysburg, 30-year-old Roman Catholic Chaplain William Corby was assigned to the “Irish Brigade” of the 88th New York Regiment. Born in Detroit, Corby attended the University of Notre Dame; after the war, he twice served as the school's president.

On July 2, Corby stood atop a large boulder and offered general absolution for his mostly Catholic brigade. Soldiers later recalled the reverent silence that existed among the Union troops, including many non-Catholics, who knelt in prayer, as Corby recited the Latin words of absolution. The scene even touched Gen. Winfield Hancock, a Protestant. Sitting on his horse, he removed his military cap as a sign of respect.

There were no rabbis at Gettysburg. In fact, it took an act of Congress in 1862, a year before Gettysburg, to allow Jewish chaplains to serve in the Union Army, and it was only during the Civil War that Catholic priests were explicitly granted the same right.

The first Jewish chaplain was Rabbi Jacob Frankel; during the Battle of Gettysburg he was stationed at a Philadelphia military hospital. But Jewish soldiers fought at Gettysburg for both the Confederacy and the Union.

Brig. Gen. Edward Solomon of the Illinois 82nd Regiment led his troops in fierce combat. A fellow officer described Solomon as “the only soldier … who did not dodge when Lee’s guns thundered … he stood up, smoked a cigar and faced the cannon balls.”

During the same battle another Jewish officer, Maj. Adolph Proskauer of the 12th Alabama Regiment, “nobly carried himself, standing coolly and calmly with a cigar in his mouth … the personification of intrepid gallantry and imperturbable courage.”

Despite the North's victory at Gettysburg, it seems the only other victors were the munitions makers and cigar manufacturers. Everyone else lost, including those who presumed to know the will of God.

September 21, 2020
Related Posts
By Alejandra Molina
In Oregon, churches and anti-fascists unite to provide mutual aid to fire evacuees and others in need
By Jeffrey Salkin
The most Jewish thing that Ruth Bader Ginsburg ever did
By Yonat Shimron
Ruth Bader Ginsburg, who died Friday, was shaped by her minority faith
By Jeffrey Salkin
COVID has led us all into sin
By Adelle M. Banks
Army makes history promoting Black woman chaplain to colonel