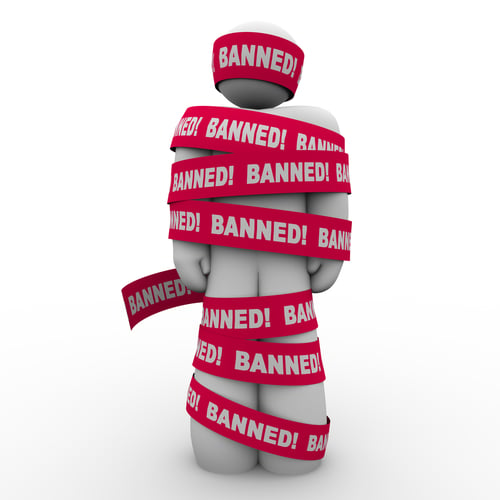 The movie “boycott” is not an attempt to effect real social change so much as a McCarthyist effort to blacklist a writer whose views we detest.

This week I have become aware of a planned boycott of the movie Ender’s Game, scheduled to open in theaters on November 1. A group called Geeks Out is pushing consumers to avoid the film because Orson Scott Card, who wrote the original 1985 novel and is one of several producers of the movie, is virulently opposed to homosexuality and same-sex marriage.

I think Card’s views on homosexuality are reprehensible. Although we are both Mormon, I could not disagree with him more on this issue, as you can see in posts stretching back several years (2010, 2011, 2012, and 2013).

But that doesn’t mean I agree with this boycott. In fact, I think it’s ridiculous.

Anyone who has read Ender’s Game understands that the novel (and presumably, the film on which it is based) has nothing to do with homosexuality or same-sex marriage. It’s a futuristic sci fi story that addresses war, trauma, and the unique promise of precocious children.

What’s more, the writer of this original story is one of only hundreds of people who have worked on the Hollywood movie that will be Ender’s Game. Do we punish all of them because the views of a single person associated with this project are repugnant?

There are many examples of successful boycotts.

This is how successful boycotts work. There needs to be a direct relationship between the boycott and the injustice in question.

When there is no such direct relationship, as with the Ender’s Game film, a “boycott” is not really a boycott. It’s McCarthyism. According to a New York Times editorial this week,

What Geeks Out has in mind is closer to blacklisting. The group wants to “send a clear and serious message to Card and those that do business with his brand of antigay activism — whatever he’s selling, we’re not buying.” This isn’t about stopping the dissemination of antigay sentiments; it’s about isolating Mr. Card and shaming his business partners, thus cutting into their profits.

If Mr. Card belongs in quarantine, who’s next?

Who’s next? It’s a great question. The premise of the Ender’s Game boycott seems to be that we should avoid any art and literature that is created by people whose political views are distasteful. Sitting here at my desk, there is a poster of my favorite painting hanging on the wall above me. Should I take it down because the artist, Pablo Picasso, treated the women in his life so shabbily? Should I remove it because he never fought against the Nazis, preferring a neutrality that probably masked cowardice?

Or – here’s a thought – should I keep the poster because the painting is beautiful and true apart from its creator’s personal behavior and beliefs?

So, yes. I will be seeing this movie. Perhaps the next day I’ll run a blog post encouraging people to avoid it, but if that happens it will not because of the writer’s politics; I will encourage you to skip it only if the film adaptation of this excellent novel turns out to be a waste of your time and money.

One final comment. I try not to use words like “stupid” on my blog. Doing so is inflammatory, and it rarely elevates the conversation. However, this so-called boycott meets the dictionary definition of stupid – lacking intelligence or common sense – so after some deliberation I let the headline stand.

This is, quite simply, stupid.