Ed. Note: In this lovely guest post, Mormon memoirist Phyllis Barber recounts a lifetime spent searching for the places the Spirit resides, though she notes she is a "mere beginner in the ancient business of seeking Spirit and the Divine." Not content to file answers in the "I Know" box, she finds illumination and glimpses of the holy in unexpected ways.

I first met Phyllis when we were both speaking at a retreat in Colorado, and I was immediately drawn to her wisdom and gentleness. If you're interested, she has shared more of her spiritual journey in two different memoirs: How I Got Cultured: A Nevada Memoir and Raw Edges. -- JKR

Ever since I fell off the precipice of knowing, I’ve been searching for places where Spirit resides—those ineffable places where one is connected to others, to nature, and to the ethereal. Not content to file answers in the “I Know” box, I’m tempted to capture the essence of Spirit and keep it in a cricket basket where it can breathe, yet be examined. Yet, captivity is folly. If one pursues Spirit with determination and a basket, it turns away. It recedes. It hides. And yet, I trust that Spirit is alive, whether in a song or in a whisper.

Born into a Mormon family, I was hijacked by religion at birth: taken to The Church of Jesus Christ of Latter-day Saints every Sunday; held on my mother’s knee while members spoke of repentance, salvation, and the Spirit; taken by the hand to interminable Sunday School classes to learn about the restoration of the gospel. Regardless of my entry, departure, and re-entry into this particular religion, one yearning has stayed with me through thick and thin. It began with morning and evening prayers as our family knelt around our kitchen table: a request for Spirit to be with us. It persisted in church meetings in prayers beseeching Spirit to guide us.

What is this Spirit? Where does it reside? Where can it be found?

In 1932 in Boulder City, Nevada (the town built for the purpose of building the Hoover Dam), the small building used to house our Mormon ward was brought by a tractor trailer from Las Vegas to Avenue G—a square wooden church with a steeple, a place which seemed commodious enough, but which, in truth, would fit into the corner wing of the city’s Grace Community complex. Our family flourished in the warmth and acceptance of our small community of faithful Mormons. We were decidedly small potatoes compared to Grace Community and such other mystical abodes as St. Christopher’s Episcopal Parish at the intersection of Utah and Arizona Streets. How could we ask Spirit to be with us if we didn’t have more real estate in town? Even more, how could we be the only recipients of Spirit—an idea that somehow embedded itself in my mind? Though my parents were adamant that our family never miss a church meeting and labored diligently to teach us to follow in the footsteps of the “only true church,” the existence of these other churches made its mark on my theology. 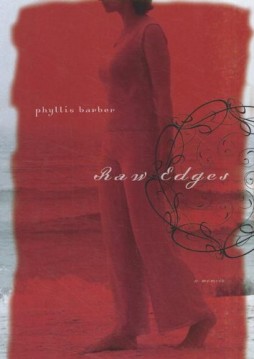 After growing up, marrying, bearing children, and finally facing the end of a 33-year marriage (largely caused by our differing opinions regarding religion), I chose to look elsewhere for spiritual comfort. However, I felt marooned and disconnected without my family around me, without the sustenance from familiar church meetings, without my familiar approach to Spirit. Where could I find that sense of community, of harmony and connection I’d once experienced?

I looked for a new home at Catholic mass; at Pentecostal and megachurch meetings; at First, Second, and Calvary Baptist gatherings; with charismatic Christians, Episcopalians, Methodists, Lutherans, Unitarians, and African Methodist Episcopalians. In the jungles of Ecuador and the mountains of Peru, I chanted with shamans in their ceremonies and drank their potions. In the remote hills of the Ozarks inside a tiny Baptist church, I witnessed a young boy in black and white Oxfords being saved. In the Yucatán, with a group of goddess-in-embryo devotees, I climbed stone-carved steps built for feet half my size to the top of towering Mayan temples. In the Indian state of Sikkim at the Rumtek Monastery, I sat across from a monk from Bhutan for a lesson on Tibetan Buddhism 101. But a nagging question occurred:  had I become a tourist of the exotic in my longing for connection, my desire to feel a part of the whole?

While I circled the earth looking for it, not unlike a spiritual but low-flying astronaut, I did deepen one perception: I was deeply uncomfortable with any generic term used to describe a particular person, whether that person was Muslim, Buddhist, Catholic, Jewish, Hindu, Baptist, Seventh-day Adventist, or even Mormon. I couldn’t dismiss anyone carte blanche and say they were this or that. No one is ever an exact replica of another. And, regardless of their leanings, the people I met in these settings seemed attuned to this thing called Spirit.

But what does it mean to be have Spirit with you, to be spiritual, to be connected?

I think of music. I once aspired to be a concert pianist, but the most satisfying moments came when working with an ensemble. In rare instances, everything and everyone became greater than the individuals playing their instruments. Once in a great while, the musicians let go of self and lifted the music off the notated page into something unspeakably harmonious, even luminous. In spiritoso, we crossed borders toward the Divine. Music experienced in this way is similar to making love. It’s like rising to that summit of feeling sometimes too powerful to withstand. It’s like migrating birds changing direction at the same moment, each listening to innate music and manifesting it against the backdrop of sky.

In its broadest connotation, spirituality has been called the purest of the moral, artistic, and intellectual aspirations of humanity. In the abstract, it can be found in the ethics and philosophy of people and their nations. In the concrete, it may be said to affect the enlightened ways human beings treat each other, connect with nature, and create their art. Something brought to life by a writer, composer, painter, or sculptor can be called spiritual if it offers insight, a new perception, an uplift for one’s heart and mind, an “aha” moment. Anything created to open the self to the beauty inherent in every small thing, even to the beauty in a particular ugliness, can be called spiritual.

In its stricter connotation, spirituality can be found in the deep-inside-the-seashell realm of a religious life where a person or a gathering of people seeks to live in harmony with God. Organized religion is not the only way to Spirit, but religion has taken some hard knocks in recent years, has been held suspect, and discounted wholesale by many observers. There is beauty that can be witnessed in a body of worshipers attempting to explain, understand, and be moved by God. “At its best, religion can reconnect its followers not only to God, but,” as Brian McLaren says in Why Did Jesus, Moses, the Buddha, and Mohammed Cross the Road?, “with neighbor, with stranger and enemy, with nonhuman life, with all creation” (249).

Ultimately, I understand I am a mere beginner in the ancient business of seeking Spirit and the Divine. So many have gone before me. So many have walked the path, some limping on crutches, some crawling on their knees. On some days, the idea of The Church of the Holy Unknown sounds appealing, as I’ve come to suspect that most of us don’t have enough maturity or humility to understand what true religion and God are all about. But I’m grateful that my particular Mormon upbringing inadvertently gave me walking shoes with which I could approach the lip of the Great Perhaps.

In his preface to the 2007 edition of Best American Spiritual Writing, editor Philip Zaleski says:

We find it in the lucid nightmares of Borges, the theosophical visions of Balzac, the voyages of Verne. . . . How often has a sinner made a volte-face toward sanctity after hearing a passage that conveyed . . . the elixir of transformation? . . . C.S. Lewis’ life forked when on a whim he purchased from a railroad book rack a worn copy of George MacDonald’s Phantastes and encountered for the first time that literary quality he later defined as ‘holiness.’ These Aladdin’s lamps come in a rainbow of forms: a cheap paperback bought at Goodwill, a treasure map, a message in a bottle, an illuminated manuscript, a last will and testament, an inscription in a ring, a love letter found in the snow. (xi)

Ah, yes . . . stumbling upon an illumination that catches one glimpse of the sublime, even through the insufficient vehicle of language trying to mingle with stars. Spirit inhabits a vast sky covered with clouds resembling goldfish scales, a rising moon at the top of a jagged peak, a young Muslim mother gazing at her child. When we open our eyes, we see Spirit—this grounding, this materialization of the light. When we open our lungs to breathe it in, it is there.