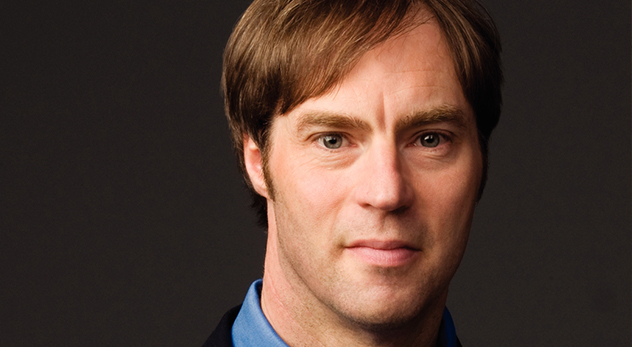 Stephen Meyer attempts to explain the origin of life in a way that combines Biblical fidelity with scientific rigor.

For years, debates over the origin of life were framed as a fight between the growing scientific evidence for Darwinian evolution and what many believe are the plain teachings of the Bible about a literal seven-day creation event. But in recent years, a third option has emerged under the banner of “Intelligent Design” or ID for short. The ID movement attempts to combine Biblical fidelity with scientific rigor, and even though many scientists have criticized the movement as being unscientific, it’s hard to ignore the growing number of people embracing ID explanations for life on earth.

Stephen Meyer, founder and director of the Discovery Institute’s Center for Science and Culture, is a respected leader in the ID movement. He is author of Signature in the Cell, which uses genetics to argue for ID, and his newest book, Darwin’s Doubt tackles the most controversial aspect of Darwin’s theory of evolution: the rapid appearance of animal life 530 million years ago. Here we talk about what he believes are weaknesses in Darwinian explanations for the origin of life and what he thinks it will take to make an intelligent defense of Intelligent Design.

JM: For starters, will you describe the argument of your previous book, Signature in the Cell, and why it’s foundational for what you’re suggesting in Darwin’s Doubt?

SM: In Signature in the Cell, I explained that chemical evolutionary theories—theories that attempt to explain the origin of the first life from simpler non-living chemicals—have failed to do so. I also showed that these theories have failed in large part because they do not give an adequate explanation for the origin of the genetic information in DNA necessary to build the first living cell. Instead, I argued that Intelligent Design (ID) best explains the origin of that necessary information in part because of what we know from our uniform and repeated experience of what it takes (namely, intelligence) to generate new information—especially information that is encoded in a digital form.

In Darwin’s Doubt, I show that theories of biological evolution—theories that attempt to explain the origin of new forms of life from simpler pre-existing forms—also face an “information problem.” In particular, I show that events in the history of life such as the Cambrian Explosion, in which numerous novel forms of animal life arise in the fossil record, not only represent an explosion of biological form, but an explosion of biological information. I argue that the standard materialistic evolutionary mechanisms such as natural selection acting on random mutations do not account for this explosion of new information in the biosphere. Instead, I again point out that, as one information theorist put it, “the creation of information is habitually associated with conscious activity.”

JM: What was the inexplicable conundrum that Darwin recognized and acknowledged, and why does it matter?

SM: Darwin expressed a doubt about the ability of his theory to account for an event in the history of life known as the Cambrian Explosion. The Cambrian Explosion refers to an event in which most of the major animal groups appear abruptly in the fossil record without any apparent evolutionary precursors. Chordates such as fish, arthropods, various types of worms, mollusks (e.g., shellfish), and many other groups of animals, first appear in a geological “blink of an eye,” without any direct ancestors in the fossil record. Even Richard Dawkins has observed that the Cambrian animals looked as if “they were just planted there without any evolutionary history.”

JM: Did Darwin attempt an explanation, or was there simply a void in his theory of natural selection?

SM: Darwin himself knew that the abrupt appearance of animals in the ancient fossil record posed a problem for his theory. He knew that his proposed mechanism of natural selection worked gradually by acting on “numerous, successive, slight modifications.”

But the Cambrian Explosion contradicted that expectation, since it showed diverse and complex animal body plans appearing abruptly, without any fossil record of their gradual evolution in lower Precambrian strata. Darwin acknowledged this problem in his On the Origin of Species, and said it presented a “valid argument against the views here entertained.”

Nevertheless, he suggested that perhaps future fossil discoveries would document the missing Precambrian ancestral fossils of the Cambrian animals. As I show in Darwin’s Doubt, however, fossil discoveries since Darwin’s time have actually intensified the mystery associated with the Cambrian Explosion—as has our growing knowledge from molecular biology, genetics and developmental biology about the importance of genetic and other forms of information to the origin and maintenance of animal life.

JM: And you believe the information necessary to build the Cambrian animal forms arose from an intelligent cause, rather than an undirected natural process?

SM: In Darwin’s Doubt I argue that there is good reason to infer the activity of a designing intelligence in the history of life. The DNA in all forms of life contains information in digital form that functions much like a software program. The development of animal life also contains other forms of information called epigenetic information, or information stored beyond the genome.

We know from experience that software comes from programmers. We know generally that information in whatever form we find it—whether inscribed in hieroglyphics, written in a book or encoded in radio signals—always arises from an intelligent source. So the discovery of information in the DNA molecule, and our realization that events such as the Cambrian Explosion required huge infusions of new information into the biosphere—the provides strong grounds for inferring that intelligence played a role in the history of life, even if we weren’t there to observe the first life or new animals coming into existence.

JM: How is Intelligent Design distinct from both Creationism and Darwinism?

SM: Contrary to media reports, Intelligent Design is not a religious-based idea, but instead an evidence-based scientific theory about life’s origins—one that challenges strictly materialistic views of evolution.

According to Darwinian biologists such as Oxford’s Richard Dawkins, living systems “give the appearance of having been designed for a purpose.” But for modern Darwinists, that appearance of design is entirely illusory. Why? Because they think the undirected processes of natural selection acting on random mutations can produce the intricate structures found in living organisms. In contrast, the theory of Intelligent Design holds that there are tell-tale features of living systems and the universe that are best explained by a designing intelligence. The theory does not challenge the idea of evolution (defined as change over time), or even common ancestry, but it does dispute Darwin’s idea that the cause of biological change is wholly blind and undirected. Intelligent Design, unlike Creationism, is not based on the Bible. Design is an inference from biological data, not a deduction from religious authority.

JM: Isn’t it clear by now that the scientific community has a consensus on evolution? And if so, doesn’t that matter?

SM: Truth in science is often achieved by challenging a consensus when new evidence suggests that a consensus view is wrong. In Darwin’s Doubt, I explain that the consensus that existed a generation ago, in favor of the still standard textbook version of evolutionary theory called Neo-Darwinism, has now fractured as evolutionary biologists themselves are now proposing numerous new theories of evolution.

I also show in my book that many of these theories are superior to the previous consensus view, but that they too fail to explain the origin of both the genetic and epigenetic information necessary to build the new animal life that arises in events such as the Cambrian Explosion. Into that dynamic situation in evolution biology in which there is currently no consensus about the cause or mechanism of macro-evolutionary innovation, I propose the theory of Intelligent Design as an explanation for the origin of the novel information necessary to build novel forms of animal life.

JM: Is the goal of ID and similar schools of thought just to create a populist movement among people who aren’t actually trained as scientists?