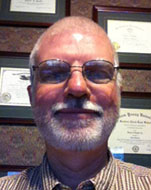 The Church of Jesus Christ of Latter-day Saints never fails to instruct, and thus this week we have before us the case of Denver C. Snuffer, Jr., a lawyer and author who has upset LDS authorities sufficiently to invite an excommunication hearing for apostasy.

The Salt Lake Tribune‘s Peggy Fletcher Stack wrote up the story on the eve of Snuffer’s hearing Sunday. As it turned out, Snuffer insisted on bringing his wife and nine children into the hearing, and when the judges refused to let the children in, he declined to attend. The decision has yet to be revealed.

Whether excommunication is merited has been much disputed in the LDS blogosphere, which is roughly equivalent to LDS “Church Ball” in vigor and intensity. Snuffer, who converted to the faith 40 years ago, insists he wants to be an obedient son of the church, and has shown a willingness to bend a bit to church demands.

Yet he insists that he’s conversed with God, and is unshakable in his conviction that the leadership of the LDS Church going back to Brigham Young has sacrificed the teachings of the martyred founder of the faith, Joseph Smith, kowtowing to the norms of society at large by abandoning polygamy, trading in communal ownership of property for corporate capitalism, and (most recently) getting soft on homosexuality. He won’t suppress the book that’s caused the most fuss, Passing the Heavenly Gift.

So it’s a classic example of latter-day prophecy going up against what Max Weber called “the routinization of charisma” — the need of religious institutions to control access to revelation. Tellingly, although Snuffer is himself a conservative, he has found support from the other side. As he puts it on his blog,

I need to add that the advocates of socially progressive Mormonism have been far more tolerate of my views than the church has. They (social progressives) are willing to be tolerant precisely because they’ve had their own view so marginalized in the past. For their kindness toward me I am appreciative. Disagreement does not require warfare, and sometimes makes for very healthy and interesting conversation between those holding different views.

What’s on the table are the limits of dissent in a church where its marginalization has been the norm.