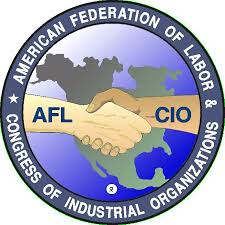 In Connecticut this week, an old lion of the state labor movement went out with a Christian roar. John Olsen, AFL-CIO president for the past 25 years, used his farewell stem-winder to talk about how the mighty wind of Pentecost brought thousands into the fold:

"For those who are Christian, you know the apostles hid, they were crucified…and then what happened was the Holy Ghost came."

His voice rose. "And then they went out and preached the gospel, and today you look at what Christianity became because they had the Holy Ghost that gave them the courage to go out and preach."

He roared, "This is a movement that needs to embrace a gospel."

I'm not entirely sure what gospel Olsen has in mind, but I think it has something to do with service workers, who often have to scramble from job to job for modest pay and little or nothing in the way of benefits. In New England, where labor remains stronger than in other parts of the country, they are the new frontier. Last year, Connecticut passed legislation establishing collective bargaining for home healthcare and daycare workers. Just this week, adjunct professors at Tufts University voted to join the Service Employees International Union.

"The main thing is, we finally get to have a seat at the table with the administration," said Rebecca Kaiser Gibson, who has taught poetry at Tufts since 1995. "It has taken me a number of years...to realize that there's got to be a better balance between the 'loving to do it' and the 'being treated well.'"

Or as Hillel the Elder, who lived a few years before Jesus, put it: "If I am not for myself, who will be for me? But if I am only for myself, who am I? If not now, when?" An old gospel, but a living one.