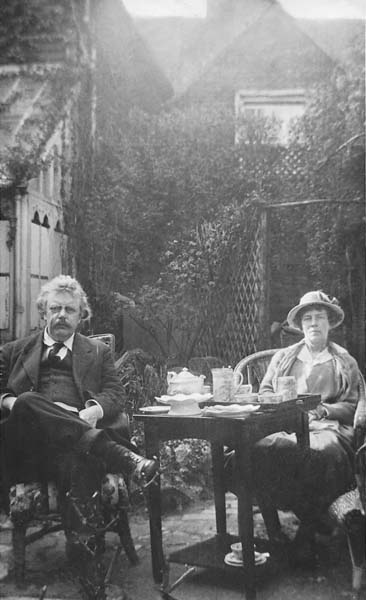 CANTERBURY, England (RNS) Christians and Jews are mounting campaigns for and against a path to sainthood for British writer G.K. Chesterton (1874-1936), one of the world’s best-known Catholic converts.

Roman Catholic Bishop Peter Doyle of Northampton, where Chesterton lived and worked, has ordered an examination of Chesterton's life -- the first step in what is likely to be a long and unpredictable process toward canonization.

Chesterton’s many admirers delighted in the news.

“There is a growing devotion to this life-changing writer," said Dale Ahlquist, president of the American Chesterton Society, who has pushed the church to explore a formal declaration of sainthood for a man he called “a maker of converts.”

Ahlquist said Chesterton, whose appeal crosses racial, gender, age and national boundaries, influenced two Americans who are currently up for sainthood -- Archbishop Fulton J. Sheen and Dorothy Day. In the U.S., Chesterton is frequently cited by conservative Christians of all denominations.

Chesterton converted to Catholicism from Anglicanism in the 1920s. Known for his wit and ability to find truth in apparent paradox, Chesterton wrote literary essays, novels, poetry and plays. His short stories include the Father Brown mystery series.

He also wrote religious works, including books on St. Thomas Aquinas and St. Francis of Assisi. 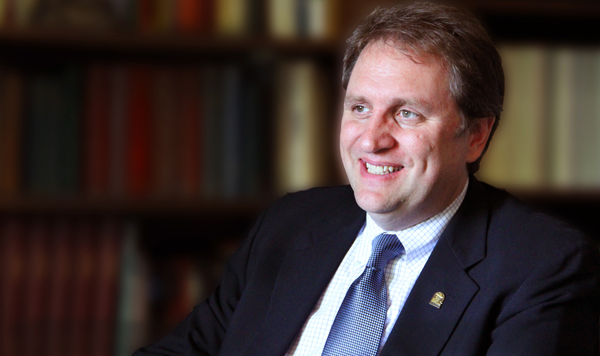 "He’s one of my favorite writers," wrote Melanie McDonagh in The Spectator magazine. But she believes canonizing the 300-pound cigar-chomping writer would damage his reputation -- and that of the Catholic Church -- because so many people regard Chesterton as anti-Semitic.

That’s a viewpoint echoed by two leading British Jews, Simon Mayers and Geoffrey Alderman. They condemn Chesterton for making what they see as anti-Jewish comments during two turn-of-the-century scandals involving false allegations against Jews -- the Dreyfus Affair and the Marconi Scandal.

Alderman said that in the book "The New Jerusalem" (1921), Chesterton said Jews couldn’t be loyal to the countries in which they live because their first loyalty is to their co-religionists scattered around the world.

Chesterton’s views on Jews may have been best expressed in an essay titled "The Problem of Zionism," in which he said that Jews holding high public office should dress as “orientals,” to remind people of their allegiance and origin.

"Chesterton believed Jews would like to be patriotic about something, defend something and belong to something of their own, as we all would. He also said the same of green-grocers, cheese-mongers, tavern keepers, etc."

Canon John Udris of St. Mary’s College in Oscott has been chosen to undertake a fact-finding mission on behalf of Chesterton’s possible canonization process.