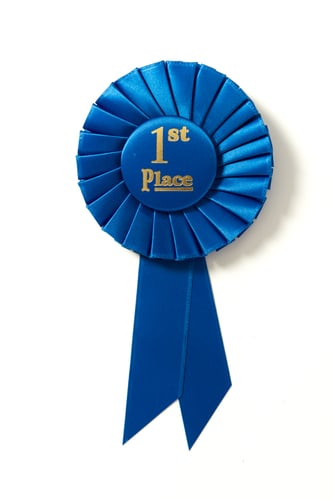 Last month I ran a contest on the blog to help me choose a design for the logo of my new book, The Twible: All the Chapters of the Bible in 140 Characters or Less . . . Now with 68% More Humor! I was delighted with the response and the many good ideas that were generated here.

I was so floored, in fact, that I couldn't choose just one winner! More on that in a moment.

From the beginning, I was drawn to the preliminary design with the bird (#5, at left). (When I solicited opinions, a friend of mine told me to "put a bird on it," which I understand is a line from a movie, but I am not cool enough to know which one.)

As much as I liked the bird logo, I wasn't sure how to make it communicate everything I wanted the logo to say, namely, that the book -- a form of the Bible -- would be funny, quirky, and contemporary.

A lot of you readers preferred logo #1 (at right), which was a traditional black Bible with The Twible title in gold lettering. Brilliant in its simplicity, that logo communicated the idea that the new book would be a twist on the Bible, but in my opinion it didn't reflect the fun or entertaining nature of the project. The designers and I tried to combine it with other, brighter logos we liked with the bird and whatnot, but it wasn't working well in combination. Logo #1 was out.

So the task from that point was to take the bird logo and make it sing. And here the comments of two readers in particular became our guides. First, this from LaVonne:

. . . I like #5. You need the bird, if you don’t run into (c) problems with Twitter. But you also need to communicate that this is a Bible, and #2 does that, though I’m not sure that blue/white are trending colors. Suggestion: use the word arrangement of #2. Add a bird, as in #5. Update with colors that pop – maybe a coral or an emerald background, reverse out type – but hey, an actual designer, not me, should be recommending the colors and placement of elements. From my editorial/marketing standpoint, though, whatever cover you end up with should (1) convey BOTH Twitter and Bible, (2) look extremely contemporary, and (3) be in colors that simply can’t be ignored.

This comment pointed out that the colors in the logo needed more saturation and zing. But since I wasn't fond of the design for logo #2 -- which, as Lavonne noted, did the best job of showing that the "B" in Bible was being supplanted by the "Tw" from Twitter -- what to do?

And along came a commenter with a clever way around that very problem. This from Ellen:

What I like about #5 (which is my favorite): The bird gives it a clear link to Twitter. I think the colors need to be more vivid and vibrant. The garden-y pastels are not edgy enough, and you need to communicate that this project has edge and humor. It’s not just a sweet re-telling of the Bible on Twitter, which is what those pastels communicate to me. And if there were some way to make the Bible connection clearer in this logo, somehow combining the ideas of #2 and #5, that would be golden for me. Could the Twitter bird be carrying the “B” from “Bible” away in its beak?

Aha! The bird could be making off with the letter B!

I loved that image right away. And off we ran with it. Here is the final logo:

It's been several weeks since the original contest, and I'm sorry that the two winners have had to wait for me to send them their $50 Amazon gift cards. But they will receive them today, and everyone who chimed in with ideas has my great thanks. This was such a fun exercise in crowd-sourcing. And in the end, we wound up with a terrific logo that I'm very pleased to use for the cover design (the next step) as well as all the attending Twible bookmarks, t-shirts, and chia pets my husband is putting together.

Just kidding on the chia pets. But only barely.