(RNS) Yoo-hoo! Sarah Silverman, Jon Stewart, Larry David! No matter how unreligious you comics may be, American Jews seem proud to claim you.

But seriously: A sweeping new survey from the Pew Research Center, “Portrait of Jewish Americans,” finds humor is one of the main qualities that four in 10 of the nation’s 5.3 million religious and cultural Jews say is essential to their Jewish identity. The survey was released Tuesday.

First in the list of qualities was remembering the Holocaust, which 73 percent of Jews said was essential to their Jewishness. Next came leading an ethical life (69 percent), working for justice and equality (56 percent) and being “intellectually curious” (49 percent).

But having a good sense of humor (42 percent) was almost a statistical tie with caring about Israel (43 percent). 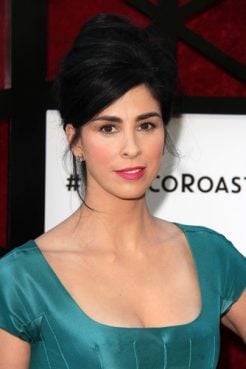 “It’s a way of indicating that people are proud that Jews are funny, that Jews are educated – the people of the book – that these qualities are more important than being ‘gastronomic Jews,’ ” said Alan Cooperman, deputy director at the Pew Research Center’s Religion & Public Life Project and a co-author of the survey.

While a taste for a bagel and a schmeer is low on the list, wit is a hit for Jews of all ages, including those who may be more likely to know Adam Sandler’s goofy “Hanukkah Song” than the ritual Hebrew blessing for the holiday candles.

Jewish comics themselves confess that they can’t turn off their culture even if they don’t practice the rituals of Judaism.

“I’m Jew-y,” Sarah Silverman once told Piers Morgan. “It oozes out of my pores uncontrollably. Personally, I have no religion but … I am Jew-ish. I’m culturally beyond my control.”

Look to the nature of comedy. “If you are going to go on stage and talk about yourself and your life, you need chutzpah,” said Charles Winkleman, a 24-year-old stand-up and improv comic in Vermont who blogs as Chicky at hipsterjew.com. 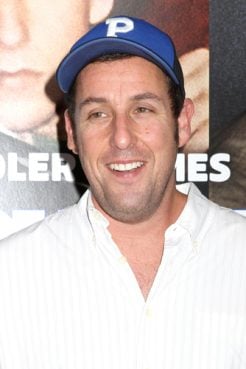 Scholars add that humor is – to them, at least – more than a laughing matter.

As the late Irving Saposnik, a professor of Yiddish literature, wrote, “Jewish jokes became a way for Jews to define the unfair world. … By being able to voice their thoughts, they no longer felt discomfort and displacement. Jewish jokes and words entered mainstream America, and their comic abnormality became the American norm.”

Not that Jews are about to pat themselves on the back and give up the very insecurities and neuroses that have provided so much fodder for Jewish humor.

For example: A recent hit YouTube video features a compilation of Stewart’s Jewish quips on The Daily Show, which includes his sarcastic quip that, “if Jews controlled the media we wouldn’t be on basic cable right now.”