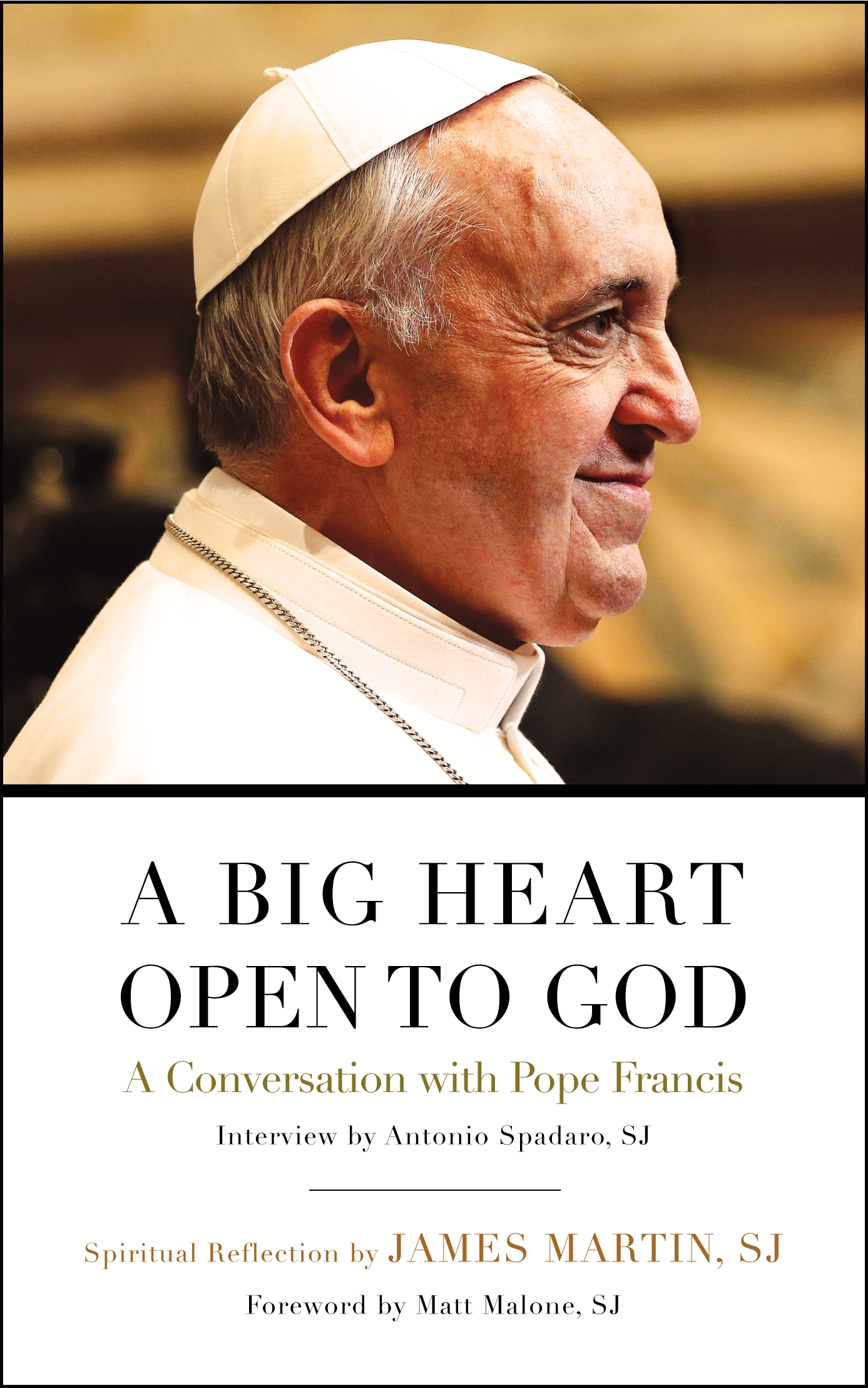 In this historic interview, Pope Francis’s vision for the church and humanity itself is delivered through a warm and intimate conversation, and shows us all how to have a big heart, open to God.

The world was stunned when Jesuit magazines across the globe simultaneously released an exclusive interview with Pope Francis, just six months into his historic papacy. Within minutes of its release, the interview dominated the worldwide media. In a wide-ranging conversation, the first Jesuit pope and the first pope from Latin America spoke movingly about his spiritual life, his hopes for church reform, his open-minded stance towards gays and lesbians, his views on women and even his favorite movies.
America magazine, where the idea for the interview originated, commissioned a team of five Italian-language experts to ensure that the Pope’s words were transmitted accurately in English. Now this remarkable, historic and moving interview is available in book form. A Big Heart Open to God (HarperOne; On Sale December 2013; ISBN: 9780062333773), opens with an introduction by the magazine’s Editor in Chief, Matt Malone, spiritual reflections on the interview by James Martin, SJ, and a wonderful variety of thoughts on the pope’s words by Catholic figures including Cardinal Timothy Dolan, Karen Sue Smith, and Kerry Weber.

REV. JAMES MARTIN, SJ, is a Jesuit priest, contributing editor of America magazine, and bestselling author of The Jesuit Guide to (Almost) Everything, Between Heaven and Mirth, and Together on Retreat. Father Martin is a frequent commentator in the national and international media, and has appeared on The Colbert Report (which refers to Martin as “the show chaplain”), Fresh Air with Terry Gross, The O’Reilly Factor, NewsHour with Jim Lehrer, the History Channel, BBC, Vatican Radio, and in the New York Times, The Wall Street Journal, and The Boston Globe. Before entering the Jesuits in 1988, Father Martin graduated from the Wharton School of Business and worked with General Electric for six years.