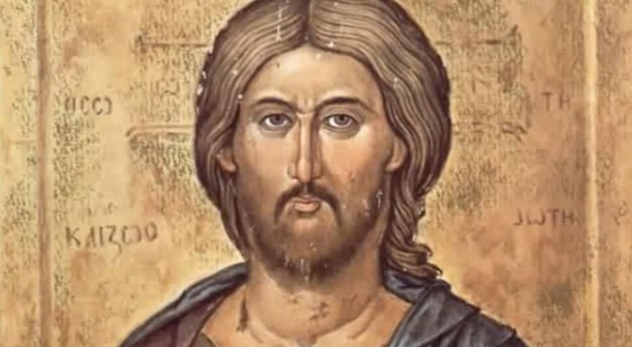 Fox News’ Megyn Kelly created an uproar after she claimed that both Jesus and Santa Claus were white men. Setting aside that Santa is a fictitious character based on a turkish figure, her comments are more serious when it comes to the founder of the Christian religion. In an article for The Atlantic, I fleshed out the historical and theological problems with such a notion:

Pick up a one of those bright blue “Bible Story” books in a Sunday School classroom and you’ll find white Jesus waiting for you, rosy cheeks and all. Or you could survey the light-skinned Jesus in any number of modern TV or film portrayals, including History Channel’s hit series The Bible.

Interestingly, the Bible is far less descriptive on the matter of Jesus’ skin color than we are. Christian scriptures say very little about Jesus’ physical appearance. They do not comment on his nose, eye color, skin pigmentation, or hair. The glaring exception is Isaiah 53:2, which prophesies that the messiah won’t be much to look at, another fact that places the Bible at odds with the “well-groomed surfer-dude Jesus” who’s often put forth.

If the Bible is silent on the matter of Jesus’ skin color, does it really matter that Megyn Kelly says Jesus is white?

As some historians and theologians have posited, the silence of the Scriptures on the issue of Jesus’ skin color is critical to Christianity’s broad appeal with people of various ethnicities. In a world where race often divides communities and even churches, the Biblical depictions of God’s son positions him as one who can bridge those divides.

READ THE ARTICLE IN ITS ENTIRETY AT THE ATLANTIC

News
In Oregon, churches and anti-fascists unite to provide mutual aid to fire evacuees and others in need
Opinion
The most Jewish thing that Ruth Bader Ginsburg ever did
News
Ruth Bader Ginsburg, who died Friday, was shaped by her minority faith
Martini Judaism
COVID has led us all into sin
News
600 faith leaders sign letter urging California governor to stop transfer of incarcerated people to ICE
© Copyright 2020, Religion News Service. All rights reserved. Use of and/or registration on any portion of this site constitutes acceptance of our User Agreement and Privacy Policy, Privacy Statement and Cookie Notice. The material on this site may not be reproduced, distributed, transmitted, cached or otherwise used, except with the prior written permission of Religion News Service.