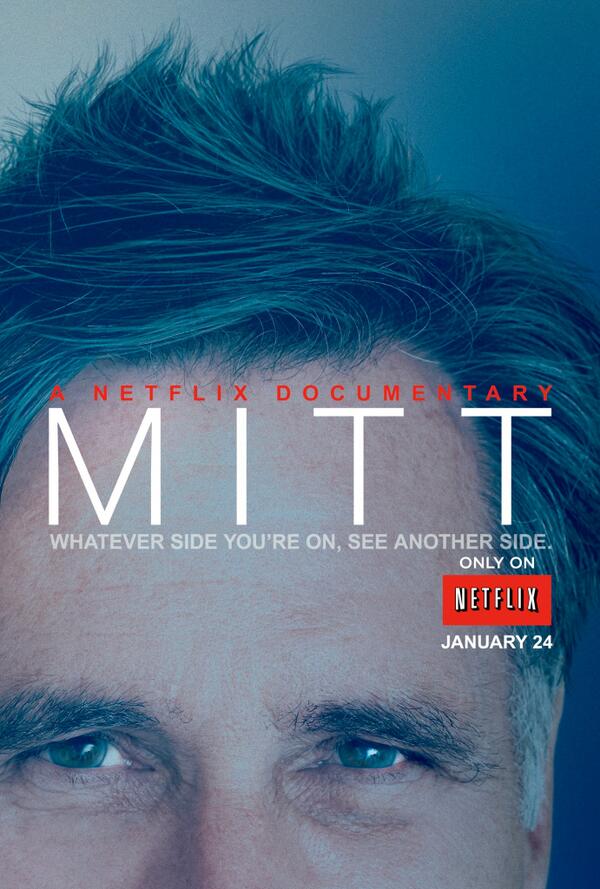 Thanks to Netflix, we will now be able to watch Romney work tirelessly for years to become president, right up until the moment he realizes that he must write his concession speech.

Netflix announced this week that it will release 'MITT', a documentary on Romney's campaign for the presidency, on January 24.

Don't expect a hard-hitting investigative piece. This is going to be an open window into the campaign. The trailer shows behind-the-scenes footage, most notably the moments after the Romney campaign realized they had lost. Such high-level access wasn't given to just any documentary filmmakers.

Seth Gordon is the documentary's executive producer. Gordon's previous films include 'Undefeated,' a film featuring Sarah Palin that was panned by movie critics and praised by tea party conservatives.

The director is Greg Whiteley, a BYU graduate an Emmy-nominated director whose previous work includes 'New York Doll,' a film on a 70's punk rocker who converted to the Church of Jesus Christ of Latter Day Saints (Whiteley met the subject of his film at church). 'New York Doll' was shown at the Sundance Film Festival and nominated for an award.

'MITT' will premiere at Sundance just a few days before the Netflix release. Hopefully, this means that 'MITT' is of the style and quality Whiteley's 'New York Doll'. Sundance program director Trevor Groth told the Salt Lake City Tribune that the film presents an unbiased, open look at the campaign. "It’s not a puff piece on him," said Groth.

In other Netflix news: if you want a less predictable experience, House of Cards season 2 will be released on Valentines Day.