(RNS) California pastor Ryan Bell has a novel New Year’s resolution. For one year, he proclaimed, he will “live without God.” 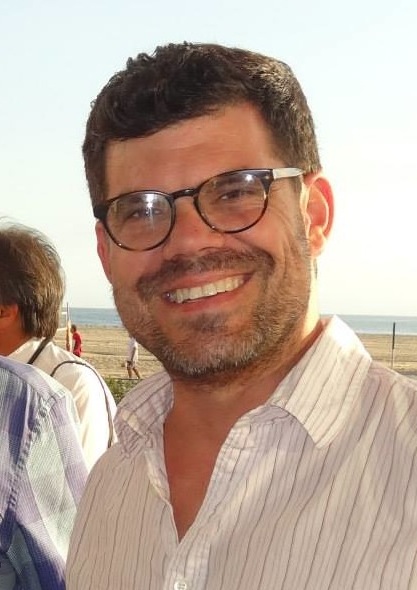 California pastor Ryan Bell has a novel New Year’s resolution. For one year, he proclaimed, he will “live without God.” Photo courtesy of Ryan Bell

It’s an odd resolution for an ordained minister, former church pastor, teacher at two highly regarded Christian universities and church consultant. Yet for the next 12 months, Bell, 42, plans to refrain from praying, reading the Bible and thinking about God at all.

Instead, he will read atheist authors, attend atheist gatherings and seek out conversation and companionship with unbelievers. He wants to “do whatever I can to enter the world of atheism and live, for a year, as an atheist.”

Still, his resolution is only an experiment — he is not, he said, an atheist. “At least not yet,” he wrote in an essay for The Huffington Post, where, on New Year’s Eve, he announced his plan and a new blog to document it.

“I am not sure what I am. That’s part of what this year is about.”

But so far, it has also been about loss. Since announcing his plans, Bell has been asked to resign from both of his teaching positions and lost a consulting job. In the months before his decision to, as he put it, “try on” atheism, his health and his family relationships suffered too.

But even this early in his experiment, Bell feels he has gained something. Among the 20,000-plus people who have visited his new blog are many who have written to say that they, too, dance with doubt, but feel they cannot do so publicly because of the cost.

“In a way, it is like being gay and not being able to come out to your family,” Bell said in a conversation from his home in the Los Angeles area. “There have just been so many people who said they have wanted to ask questions too and didn’t feel that they could. So they are living vicariously through my spiritual journey.”

Indeed, Bell’s path has been marked by controversy before. Born to Methodist parents who converted to Seventh-day Adventism, he eventually led Hollywood Adventist Church, a Los Angeles congregation known as a liberal outpost in a mostly conservative denomination.

Over the years, Bell’s once-fundamentalist views became more progressive, he said. He advocated for women’s ordination and the full recognition and inclusion of gays and lesbians, both prohibited by current church doctrine. He also took issue with the church’s literal interpretation of a six-day period of creation and its end-times teachings.

Last March, after eight years at Hollywood Adventist, he was asked by denominational leaders to resign. And that, he said, in part led him to his yearlong experiment with atheism.

“Not being a pastor for nine months has given me the freedom to not have to believe in something for other people’s sake,” he said.

Others have documented their yearlong spiritual quests, although usually from a more religious point of view. A.J. Jacobs tried to follow every arcane rule in the Bible for “The Year of Living Biblically” and Rachel Held Evans did the same for “A Year of Biblical Womanhood.” Others, including former Louisiana pastor Jerry DeWitt, have written about their loss of faith after the fact.

Linda LaScola, a clinical social worker and co-author of “Caught in the Pulpit,” a book of interviews with clergy who have lost their faith, said while no one knows how many clergy struggle with unbelief, various denominations deal with them differently. She knows of one Episcopal priest who admitted to a parishioner that he did not believe in the Nicene Creed, a core statement of Christian faith that’s recited every Sunday in Episcopal parishes. There were, she said, “no repercussions.”

“While it’s OK and even expected for many clergy to feel doubt — with the assumption that it is a temporary situation that defaults back to faith — clergy may hesitate to express their doubts openly to their congregation for fear it could affect people’s faith,” she said.

“For literalists like the Seventh-day Adventists and Mormons, there is little room for doubt. They know certain things to be true.”

Bell decided to share his doubts on a blog because writing has always been a way he processes his experiences. “Vocationally and spiritually, it was something I wanted to share with other people,” he said.

So far, reaction from the atheist community has been lukewarm. Hemant Mehta, writing at his Friendly Atheist blog, commended Bell for exploring atheism, but said until he gives up belief in God, his experiment is flawed. Others, Bell said, have condemned him as a “mole” and a “fake.”

But Bell seems to have struck a chord among readers who can be classified as “nones” — the 20 percent of Americans who say they have no religious affiliation, according to a 2012 report by the Pew Research Center.

“There are so many other ways to think about and experience life than through the lenses of dogmatic Christianity, or dogmatic atheism,” one such reader commented. “I hope you find one that resonates with you.”

“If I have to be absolutely certain that there is no God, I don’t know if I can ever qualify for that group,” he said. “And if I need to acknowledge with certainty that there is a God, I don’t know if I can ever be a part of that group. But I am excited because this feels like a continuation of my spiritual journey. People seem to think I am leaping into this, but really this is just the next step for me.”