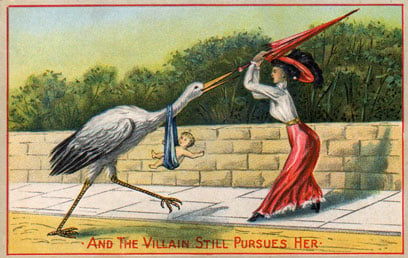 That’s the clear lesson of a forthcoming report from the Guttmacher Institute, reported in today’s New York Times. The report shows a striking decline in the abortion rate in the U.S. from 2008 to 2011, from 19.4 to 16.9 per thousand women of childbearing age. The decline parallels a reduction in pregnancy rates, which is attributable to the increased use of contraception by younger women.

So it stands to reason that making it easier — i.e. cheaper — for women to have access to contraception will ensure that the abortion rate continues to go down. Indeed, because the decline is attributable to increased use of more expensive contraceptive technology, such as intrauterine devices, the no-extra-charge contraception coverage mandated by the Affordable Care Act ought to be welcomed by anti-abortion advocates.

But they want no part of it. Look at the list of those who have filed briefs in support of Hobby Lobby and Conestoga Wood and you’ll find a virtual catalog of abortion opponents. To be sure, their arguments are all about guaranteeing religious liberty. In the case of the Catholic groups, there’s doctrinal opposition to contraception as well.

But Catholics consider abortion a far greater evil than contraception. And most other religious opponents of the mandate think contraception is just fine, at least for married women. So if there’s strong empirical evidence that contraception use reduces abortion, why fight the mandate all the way to the Supreme Court? Isn’t the anti-abortion cause worth a little religious liberty?

Some dispute the evidence. Americans United for Life wants to attribute the decline in the abortion rate to recent state laws they’ve promoted that have made it increasingly difficult for women in many places to obtain abortions. But a disproportionate number of these laws have only gone into effect since 2011, so whatever effect they may have had falls outside the time period covered by the report. Moreover, large decreases in the abortion rate have occurred in states like California and New York, which have not acted to restrict abortion availability.

You’ve got to think that it’s not just the termination of fetal life that concerns those opposed to abortion rights. It’s anything that gives freer rein to women’s libidos. Like Mike Huckabee said.