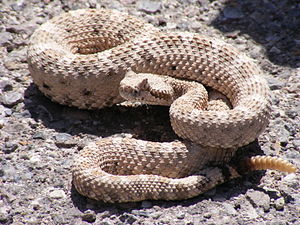 Reality show star Jamie Coots is not the first snake-handling pastor to die practicing his faith, and presumably he won't be the last.

Last month Tennessee district attorney general Lori Phillips tried to prosecute Coots' "Snake Salvation" co-star Andrew Hamblin for violating that state's law against owning venomous wildlife. But the grand jury refused to return an indictment. “We never saw this as a religious freedom case, but as a public safety issue." Phillips said. "We respect the decision of the grand jury.”

In the snake handlers' view, the prosecutor acted unconstitutionally. "To me it's just...it violated my right as an American to have my freedom of religion," one parishioner told WBIR-Knoxville last month. "It shouldn't matter to people if I know the word of the Lord moves on me and I feel that I need to take up a six-foot rattlesnake. I feel I should have that God-given right."

Tennessee's longstanding anti-snake-handling law, upheld by a 1975 decision of the state supreme court, was passed to protect citizens from just what happened to Coots. And the protection of life and limb would seem to be just the kind of compelling state interest that, under the strictest legal standard, allows the government to place limits on constitutional rights.

Why the grand jury didn't see it that way is worth pondering. Maybe the jurors thought that TV celebrity has its privileges, but I'd say that we're living at a moment when religious liberty claims enjoy special support, at least among some Americans. That's thanks to the contraception mandate of the Affordable Care Act, which opponents have sold as part of a wide-ranging governmental assault on religious liberty.

Coots died of his rattlesnake bite after declining medical care from the emergency personnel who showed up at his home. It would be up to God to heal him or not, he said. In recent years, legislatures and juries have become increasingly intolerant of faith-based refusal of medical care -- especially when invoked by parents with respect to their children. It will be interesting to see if, in the current religious environment, that intolerance lessens.