A newly implemented California law requires that parents objecting to vaccination meet with health care providers to discuss “the value of vaccinations — both the benefits and the risks–for an individual child and the community” before enrolling their children in school or childcare facilities.

The stated goal of AB 2109 is to boost vaccination rates, which have fallen in recent years as more and more parents opt not to vaccinate their kids. Although complete vaccination records are required for enrollment in school, 48 states allow a ‘religious’ exemption that, anecdotally speaking, often excuses parents who object to vaccination grounds unrelated to religion.

(“We just said we had ‘religious’ objections to it and that was that,” a cheerfully non-religious parent told me as our children happily played with one another at the park.)

While AB 2109 could have had significant influence — my childrens’ pediatrician, now retired, is second to none in persuading parents of the importance of vaccines — the law allows a religious exemption to the requirement of counseling. All a parent has to do is claim religious objection and that’s that: no further questions or education needed.

In California, rates of whooping cough (pertussis) nearly doubled from 2012 to 2013, with nearly two thousand cases statewide. That’s nothing compared to 2010, when, in the worst outbreak in over 60 years, the state recorded more than nine thousand cases of pertussis. Ten infants, too young to be vaccinated, died of the disease, which certainly gives the lie to the idea that vaccination is purely a ‘personal choice,’ as I wrote for Christianity Today some time ago.

(And yes, I’m aware that many cases of pertussis have been reported in people who have been vaccinated. But the medical evidence suggests that these cases are milder, and, more importantly, are attributable to the fact that the pertussis vaccine wears off over time; health care professionals and those who work with young infants are urged to get boosters.)

What’s most troubling to me is the casual abuse of the venerable concept of “religious freedom” in order to secure the right to refuse, on dubious scientific grounds, an effective and important public health measure, particularly when very few Americans practice any form of organized religion that specifically proscribes vaccination.

Someone may object that the government has no right to tell anyone to get an injection at all. To which I can only say, if that’s the kind of society you’d like to have, you can certainly find places in this world that will accommodate you, such as the country in which I currently live. The only problem? Without the herd immunity afforded you by living in a population that’s mostly vaccinated, you’d be at significant risk for contracting measles, typhoid, polio, yellow fever and other diseases largely conquered in the US…thanks, in no small part, to vaccines.

That might be the truer test of faith and convictions.

(See also this recent, excellent piece in the Daily Beast by a pediatrician who’s got the chutzpah to say “vaccinate your kids — or get out of my office.”)

Opinion
Americans are furious about vaccinations. It’s not helping. 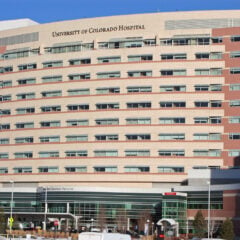 News
Israel hopes to vaccinate Holocaust survivors to save and repay ‘treasured’ population
Follow us on Facebook!
Submit your photos to RNS