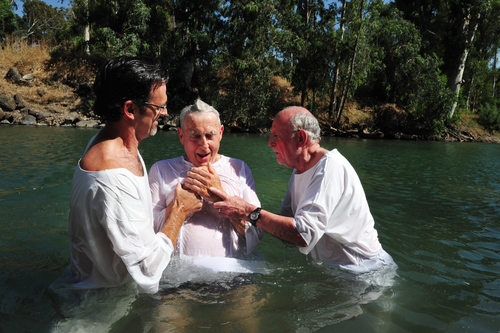 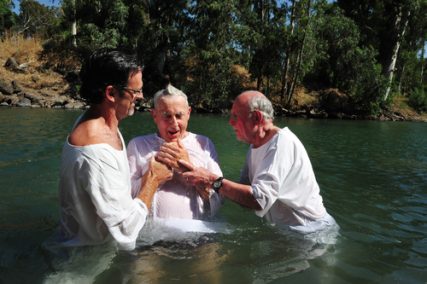 In Rome, closed-door discussions with 185 Roman Catholic cardinals began today with frank talk about family issues such as contraception, cohabitation, gay marriage and whether divorced and remarried Catholics can receive Communion. Prognosticators say divorce and remarriage may be the most fruitful of these discussions.

Missionary John Short, 75, was making his second trip to North Korea with a tour group when he was detained in Pyongyang. His wife said he was carrying religious material translated into Korean.

Asked what issue the U.S. should pay more attention to, the Dalai Lama, now visiting the U.S., didn’t hesitate: the ecology.

“Some scientists believe climate change is the cause of unprecedented melting of the North Pole, and that affects these very uncertain weather patterns. I think we should listen to those scientists and experts.”

Check out this fabulous portrait of the Tibetan Buddhist leader.

Pakistan’s blasphemy law is increasingly being abused. Its latest targets are an elderly paranoid schizophrenic and a teenager with developmental disabilities. The problem, it seems, is that talk of reforming the blasphemy law is tantamount to blasphemy.

Miranda Barbour said she killed at least 22 people after joining a satanic cult. But the Temple of Satan says she’s not a member.

Speaking of Satan, Roma Downey, who plays Mary in the upcoming Jesus movie “Son of God,” says the battle against forces of darkness is ever present, even on the movie set. “Get behind me Satan,” she writes.

Martin Luther King Jr.'s Nobel Peace Prize medal and personal Bible must be moved to a court-controlled safety deposit box, a judge ruled on Wednesday as the late civil rights leader's children are engaged in a fight over ownership of his estate.

The Nation of Islam returns to its birthplace -- Detroit -- for Saviours’ Day, a four-day convention for thousands of supporters. The event begins today and ends with a sold-out address from Louis Farrakhan, 80, on Sunday.

Did you know? Niraj Warikoo says the Nation of Islam has promoted Scientology as a way to help its members overcome psychological obstacles.

Fewer people believe in a supernatural God. Instead they believe in what NYU prof Mitchell Stephens calls an “ordinary God.”

Tova Mirvis, an Orthodox Jew, writes in The New York Times about how she expected judgment and rebuke from a rabbi who granted her a ‘get’ or Jewish divorce from her husband; instead, the rabbi told her a story.

A former CIA officer argues in The American Conservative that religious zealotry runs rampant in the U.S. military.

The New Republic looks at sexual assault on the campus of Patrick Henry College, the Va. Institution favored by evangelical homeschoolers. Here the security guards are upperclassmen.

Spontaneous baptisms and other tricks

Elevation Baptist Church near Charlotte, N.C., has found a novel way to pump up its yearly baptism numbers.

In a document titled, “Spontaneous Baptisms – A How-To Guide," the first people instructed to respond to Pastor Steven Furtick’s call to baptism were not converts suddenly inspired but Elevation volunteers carefully planted in the crowd. Church leaders have repeatedly referred to the mass response as a “miracle.” But the guide reveals plenty of human staging.

There will be no spontaneous Roundup signups. We'll take them one by one.