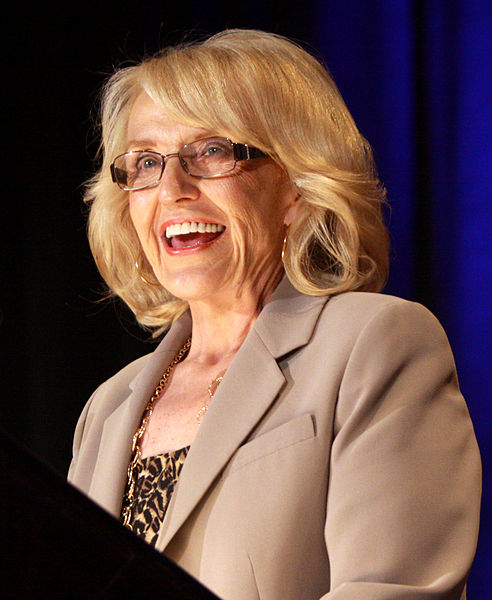 Part of me would like Arizona Gov. Jan Brewer to surprise everybody and sign SB 1062, aka the Religious Freedom to Discriminate Against Gays Restoration Act. That way, a gay or lesbian in Flagstaff, Phoenix, or Tucson — the only jurisdictions in the state that currently bar discrimination on the basis of sexual orientation — could go to court and get a ruling that Arizonans’ religious freedom no more allows such discrimination in business than it allows discrimination on the basis of race or gender or religion itself.

What SB 1062 would do is require the plaintiff to show that there’s a compelling state interest in preventing discrimination against gays and lesbians, whether or not a “person” (defined in the bill to include any individual, association, partnership, or corporation) demonstrates that his or her or its exercise of religion is substantially burdened by having to not discriminate. And when judges in Utah, Oklahoma, and Kentucky (update: and today, Texas) find those red states’ Defense of Marriage Acts to be unconstitutional, I’ll bet that an Arizona judge would find that the cities’ ordinances do manifest a compelling state interest.

If judges follow the election returns, they also follow the survey data. A new survey from the Public Religion Research Institute shows what whereas in 2003 Americans opposed same-sex marriage by 59 percent to 32 percent, today they support it, 53 percent to 41 percent. Among major religious groups, that shift includes white and Hispanic Catholics as well as white mainline Protestants. Black Protestant support has risen from 23 percent to 35 percent while white evangelical support has more than doubled, from 12 to 27 percent.

The point is that full equality for gays and lesbians is rapidly becoming the American norm, and there’s not going to be much tolerance for efforts to use the right of religious free exercise to violate that norm outside religion’s own precincts. And even within those precincts, the tolerance is fading fast. The Arizona Catholic Conference should take note.