(RNS) American evangelicals are denouncing a new Uganda law that criminalizes homosexuality, reiterating a position that many have held for years but which has nonetheless drawn scrutiny and skepticism from critics.

Since 2009, several American pastors and leaders have condemned legislation in Uganda that in its initial version imposed the death penalty for some offenders. Under the revised law signed recently by President Yoweri Museveni, the death penalty was removed and replaced with life in prison in some cases.

Now, American evangelicals who insist they never supported either version of the law nonetheless find themselves playing defense, saying their statements against homosexuality at home are being twisted as an endorsement of harsh penalties against gays and lesbians abroad. 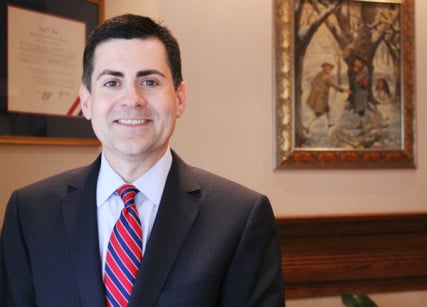 Decrying laws in countries such as Uganda and Russia, Russell Moore, president of the Southern Baptist Convention’s Ethics & Religious Liberty Commission, said he knows no evangelicals who would support legislation like Uganda’s.

“We always must balance a fear of Western cultural imperialism with a responsibility to speak to global human rights around the world,” said Moore, who has also denounced Russia’s anti-gay laws because he has adopted sons from Russia.

“Those of us who hold to a Christian sexual ethic don’t want to see those who disagree with us jailed; we want to see them reconciled to God through the gospel.”

The timing of Uganda’s legislation coincided with heated debates in the U.S. over the proposed legislation in Arizona that would have allowed businesses in the state to deny services to people who are gay if they felt that serving them would violate their religious rights.

“The situations in Uganda and Arizona are galaxies apart,” Moore said. “I think that in Arizona and several other states, in an attempt to preserve our religious liberties, regardless of how we agree with how it’s being done, can hardly compare with persecution around the world.”

California megachurch pastor Rick Warren, too, posted on his Facebook page on Sunday (March 2) denying allegations that he ever supported the Uganda bill. In 2009, Warren posted an “encyclical video” on YouTube saying he opposes the criminalization of homosexuality.

“Last week, the nation of Uganda passed a bad law, which I have publicly opposed for nearly 5 years,” Warren wrote. “I still oppose it, but rumors persist because lies and errors are never removed from the internet.”

Evangelical humanitarian organization World Vision has opposed the bill since 2009, arguing that it could hamper efforts to reduce HIV/AIDS.  “More people would be reluctant to seek, receive or even provide care and compassion out of fear of being reported,” the organization said in a statement. “This would also make their families and children even more vulnerable.” 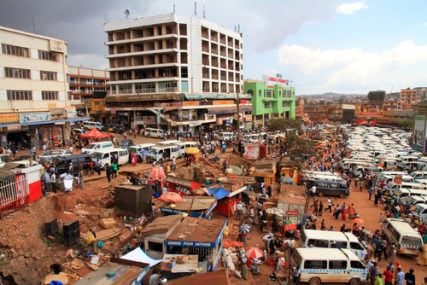 Uganda is not the only country to criminalize same-sex relations. The United Nations estimates that 78 countries ban homosexuality.

Since the law passed, Uganda has been hit with substantial aid cuts from Western nations; the World Bank has postponed a $90 million loan for the country’s health systems. Secretary of State John Kerry has likened Uganda’s law to South Africa’s apartheid-era ban on interracial unions. Cardinal Peter Turkson of Ghana, president of the Pontifical Council for Justice and Peace, said Tuesday that “homosexuals are not criminals” and should not receive a sentence of life in prison.

Media reports have connected the bill to a 2009 conference in Uganda, at which three Americans condemned homosexual behavior and promoted therapy for same-sex attraction. One of the men, Scott Lively, a Massachusetts pastor and head of Abiding Truth Ministries, said that he is not responsible for the bill.

“It’s a very insulting argument, that somehow an American evangelical pastor is so powerful that I’ve overwhelmed the intelligence of an entire government and turned them out to do my will,” Lively said. “The Ugandans knew what they wanted to hear.”

He said he does not support the bill in its final form.

“I have mixed feelings about the final law,” Lively said. “I support the portions that increase penalties for homosexual abuse among children, intentionally spreading AIDS through sodomy. The penalties in the law for simple homosexuality are still too harsh.”

He said that if he had power to implement legislation in the U.S., he would make laws related to sexuality similar to new marijuana laws, where the government would be prohibited from advocating and promoting it but advocates who practice it would left alone. He said he also would have recommended reparative therapy, the disputed belief that sexual orientation can be changed.

“There are many who are compelled to same-sex behavior, like alcoholism or any other behavioral disorder,” Lively said. “The government should be concerned with helping them overcome their problems and not just punish them for it.”

Initial opposition to the bill was strong among evangelicals, but it gradually faded due to “Uganda fatigue,” said Warren Throckmorton, a professor of psychology at Grove City College.

“Early on, Rick Warren went out on a big way against the bill, and he still got blamed for it at times. Some of the vigor early on was worn down over time,” Throckmorton said. “The bill came up and then died several times. Just when you thought it was gone and over with, the Ugandan parliament passed it in the middle of the night, so to speak.”

He said he would have expected a more vigorous response from evangelicals who have a stake in Uganda.

“Evangelicals have missionaries there, televangelists have shows on TV there. There is a substantial American Christian presence there,” Throckmorton said. “From the Ugandans’ point of view, the bill was passed as a way to make Uganda a more Christian nation; evangelicals could’ve been more vocal by saying, ‘This is not how it’s done.’”