Though he died in 1996, agnostic astronomer Carl Sagan’s work continues to have a tremendous impact on me and many others. As Fox-TV prepares to launch a remake of Sagan’s “Cosmos” starring Neil deGrasse Tyson, many people are reflecting on Sagan’s legacy.

Among them is Dr. David Morrison, who knew Sagan well: He was Sagan’s first doctoral student and is currently the Director of the Carl Sagan Center for the Study of Life in the Universe at the SETI Institute.

The founding Director of the NASA Lunar Science Institute, Morrison is a prolific author who has received numerous honors for his work—perhaps the most notable being his Exceptional Achievement Medal from NASA for using science to help dispel public anxiety that the world would end in 2012. (The second most notable may be the asteroid named in his honor.)

Morrison—a Fellow of the Committee for Skeptical Inquiry and an advisor to the National Center for Science Education—spoke with me about Sagan’s legacy, what it was like to be one of Sagan’s students, the “Cosmos” reboot, and more. Our interview is below.

Chris Stedman: What do you think Sagan’s legacy is?

David Morrison: Carl Sagan inspired a generation of scientists. Many of his students went on to play leading roles in planetary science. But more importantly, he reached out to thousands of other young people to encourage them to become scientists. In the first episode of the new “Cosmos,” Neil deGrasse Tyson shows the personal letter from Carl he received when he was 17—a letter that helped direct him into a science career.

CS: You were Sagan’s first doctoral student. What was your relationship like, and what did you learn from working with him?

DM: Carl was an inspiration to his students—not only in helping us to become good research scientists, but also in challenging us to understand the cultural context of our science and encouraging us to be leaders and reach out to communicate with the public. He taught me to think outside the box when approaching scientific problems. The values he instilled were more important to me than the help he gave me solving specific science problems.

DM: Carl Sagan was a founder of the modern disciplines of planetary science and exobiology/astrobiology, and he was a brilliant educator who was able to inspire public interest in science. He became one of the world’s best-known scientists in the late twentieth century, serving as our guide to the planets during the golden age of solar system exploration. He also challenged us to think about the origin and evolution of life, on our planet and elsewhere. He was doing astrobiology decades before the word was invented. The Carl Sagan Center for the Study of Life in the Universe continues in that direction, as one of the largest astrobiology research centers in the world. I am also, of course, proud to be associated with an organization named for Carl Sagan.

CS: You published a biographical memoir of Sagan this year. Why do you think it’s important to tell his story?

DM: I wrote that specific biographical memoir because the National Academy of Science asked me—it is part of their biographies of all the past members of the National Academy. But more broadly, I have written several articles about Carl’s life. He was a great influence on me, and I want to share a little of that experience with others.

CS: Many atheists, agnostics, and secular humanists have a particularly strong appreciation for Sagan. How do you think Sagan contributed to the public understanding of secular humanism and skepticism? 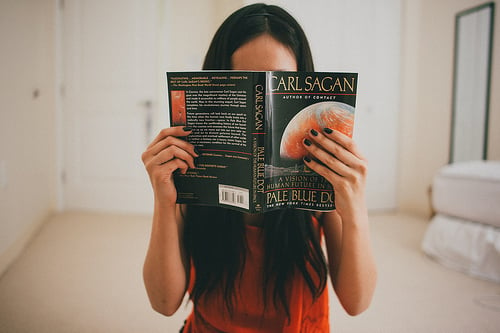 DM: Carl recognized that scientific skepticism in essential not only for scientists but also for the world at large. One of his finest books, published in 1995, is The Demon-Haunted World: Science as a Candle in the Dark. He wrote that “pseudo-science is embraced in exact proportion as real science is misunderstood… Science is far from a perfect instrument of knowledge [but] it is the best we have.” He continued that “finding the occasional straw of truth awash in a great ocean of confusion and bamboozle requires vigilance, dedication, and courage. But if we don’t practice these tough habits of thought…we risk becoming a nation of suckers, up for grabs by the next charlatan who saunters along.” Carl was most interested in teaching us how to think skeptically, and how to apply scientific skepticism to questions outside the narrow bounds of science.

CS: What do you think of the “Cosmos” reboot?

DM: I just watched the first episode and it was great. Neil deGrasse Tyson is fabulous, and a worthy successor to Sagan in communicating with the public. I was especially pleased to see Tyson’s emphasis on understanding how science works, and integrating scientific discoveries into many aspects of our lives. In a Q&A, Tyson said that he was not worried about teaching science to kids. They are naturally curious and open to new ideas. His worry was about science illiteracy among the older people who make the decisions that shape our world and determine our future.

News
Dr. Anthony Fauci named 2021 Humanist of the Year
Follow us on Facebook!
Submit your photos to RNS