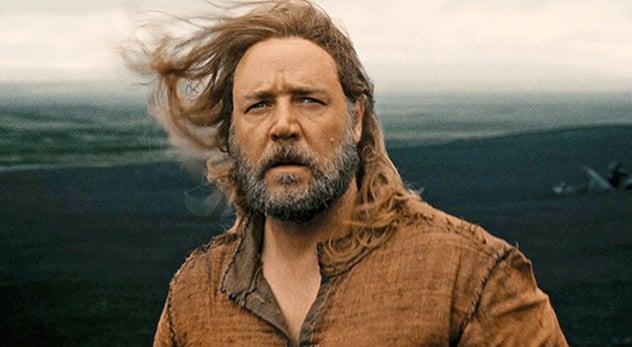 Prominent evangelicals have unleashed a flood of criticism at “Noah,” the epic film releasing from Paramount Pictures on March 28 starring Russell Crowe. The naysayers claim that Christians shouldn’t see the movie because it differs in places from the biblical story in Genesis. Yesterday, for example, Rick Warren tweeted that he would not be going to see “Noah” before deleting the message and adding another simply critiquing the film.

Which inaccuracies are these leaders most upset about? Most can’t say because they haven’t actually seen the film. All they know is that someone told them that there are deviations from the biblical account, and this is apparently grounds for a boycott.

Unlike some of the film’s fiercest critics, I’ve actually seen “Noah” and was able to sit down with the Oscar-nominated director Darren Aronofsky for an intimate interview. I asked Aronofsky pointed theological questions, and the amount of biblical and historical research his team conducted for this movie nearly knocked me off my chair.

Does this film follow every jot and tittle of the (surprisingly short) biblical story? No. But it is more accurate than portraits of the blonde-haired, blue-eyed Jesus hanging in many churches or the romanticized tales of Christ’s birth recounted by Christians at Christmastime with details that have little or no textual support. And most relevant to this discussion, “Noah” is at least as accurate as other biblical films and television shows of late–productions, by the way, that many of these same leaders have lauded in various publications and from their pulpits.

Consider, for example, Mel Gibson’s “The Passion of the Christ.” Evangelicals overlooked biblical divergences in this film, flocking to theaters in droves. They apparently had no qualms with “The Passion” following the fourteen stations of the cross, which are not mentioned in Scripture. Or the way the film portrays Mary Magdalene as the “woman caught in adultery” in John’s Gospel. Or the scene where Christ’s mother, Mary, offers to die with Jesus—a subtle reference to the idea that she may have been a co-redeemer.

Other recent biblical adaptations such as Dreamwork’s “Prince of Egypt” and New Line Cinema’s “The Nativity Story” stray from the scriptural stories as well. And what of the History Channel’s “The Bible” series, which evangelicals celebrated en masse? There were at least 10 deviations from Scripture in the first few episodes and another seven in the series finale. Some of these carried over into the “Son of God” film, which borrowed footage from the television series.

One person on social media told me they wouldn’t see “Noah” because, you know, “God will not be mocked.” I asked what this critic thought about “The Bible” series and the person replied, “I thought the script was accurate.”

I guess this person is right if replacing King Cyrus with King Darius is accurate. Or if accuracy includes giving the angels who rescued Lot’s family from Sodom ninja-style martial art skills. Or if deleting Herod from the decision to execute Jesus is accurate. I could go on.

Why the double standard?

The difference is that some of the other biblical productions were made for Christian audiences by Christian filmmakers as evangelistic tools. In some cases, the forces behind these movies kissed the rings of evangelical gatekeepers, convincing them to use church budgets to buy entire theaters on opening weekend and generate ticket sales with film-inspired Sunday School curriculum and sermon series.

Unlike these other films, “Noah” was never intended to be a heavy-handed evangelistic tool, but rather good art. And I’m sorry to say that few evangelicals today have an eye, ear, or stomach for such things. Not much has changed since the late Francis Schaeffer wrote in Art and the Bible, “I am afraid that as evangelicals, we think that a work of art only has value if we reduce it to a tract.”

In order to engage with “Noah,” Christians must recognize that artistic liberties are inevitable whenever a story is transferred from one medium to another. What Aronofsky has done is similar to Rembrandt inserting himself into “The Raising of the Cross.” The Bible obviously doesn’t mention Rembrandt lifting the cross with the executioners more than a millennium earlier, but the artist was making a deeper point. Christians traveling to Munich could boycott the Alte Pinakothek museum where the painting is on display, but they would miss an opportunity for theological reflection.

Like other artistic endeavors drawing on biblical themes, “Noah” requires that audiences actually think about symbols and forms. Aronofsky adds elements to Noah’s story, for example, that reflect the grief God must have felt over having to destroy creation. The movie doesn’t get every detail right, but it captures the spirit of the scriptural narrative and the character of God displayed therein.

If approached as an artistic work, “Noah” will ignite audience’s imaginations and raise profound questions about sin, grace, mercy, and faith. So inconsistent Christian critics should stop raining on this film’s parade lest they become the ones who miss the boat.