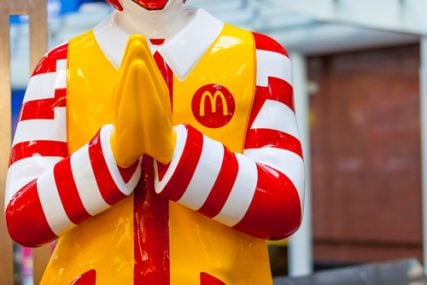 A Ronald McDonald statue in front of a Mcdonald’s restaurant in Bangkok ,Thailand.

(RNS) Going to church these days can be a bit like eating at a fast food joint.

But it won’t satisfy your soul.

You can’t franchise the kingdom of God, say the authors of “Slow Church,” a new book from InterVarsity Press that applies the lessons of the slow food movement to congregational life.

C. Christopher Smith and John Pattison, the book’s authors, are part of a loose network of writers, friends, theologians and pastors worried about what they call the “McDonaldization” of church. They say too many small churches try to mass-produce spiritual growth by copying the latest megachurch techniques.

Instead, Smith and Pattison advocate for “slow church” — an approach to ministry that stresses local context and creativity over pre-packaged programs.

About 15 years ago, Pattison said, leaders from his home church in Lincoln, Neb., tried to import some programs from Willow Creek, a megachurch outside of Chicago.

But those programs didn’t fit in their small town, he said. And he sees other churches doing the same thing today.

Neither writer is a fan of megachurches, which they say can allow people to remain anonymous rather than being part of a community.

Smith said megachurches are often disconnected from their geographical neighborhoods.

“Our biggest concern with megachurches,” he said, “is the fact that they typically draw their members from such a large area that they become churches of nowhere, not belonging to any particular place.”

Both Smith and Pattison are members of small urban churches that have reinvented themselves in recent years.

Smith, who runs an online magazine called the Englewood Review of Books, is a member of Englewood Christian Church in Indianapolis. The church was once booming — drawing more than 1,000 people to services in the 1970s. Today the congregation is more modest, around 180 people. Most of its ministries are focused on improving life in the neighborhood. The church runs a well-respected day care ministry and has renovated a number of local homes.

Most Englewood members live in the neighborhood around the church. Many gather on Sundays for an all-church conversation about social issues and faith. 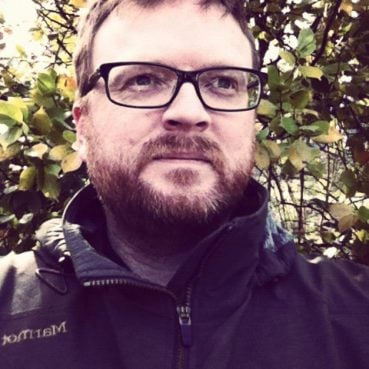 “Conversation is a lost art in our culture,” he said. “People don’t talk to one another. And the church can suffer from that lack of conversation.”

Smith and Pattison hope to expand on their ideas about slow church during an upcoming conference, planned for April 3-5 at Englewood.

They’ll talk about some of the ideas in the book, but plan to spend most of the time hearing about what other churches are doing.

But it likely won’t work for most churches, he said, for the same reason that the slow food movement failed to gain mass appeal.

“We’d all like to have a slow-cooked, three-hour meal, with locally grown produce,” he said. “But few of us have the time or money for it.”

Likewise, few people would be drawn to the ideas of slow church. All the pressures of modern society, he said, would be against them.

“This would likely appeal to an educated, younger hip group of people,” he said. “There aren’t many of them in small churches.”

Joshua Stoxen, pastor of Vineyard Central Church in Norwood, Ohio, is one of the 100 or so people who have registered for the conference.

Stoxen first met Smith a few years ago, at a conference on urban gardening — something that Vineyard Central focuses on.

Like other slow churches, Vineyard Central is inspired in part by a verse from the book of John, as translated by Eugene Peterson. 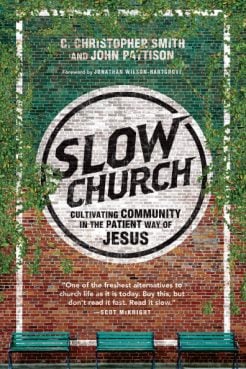 “The Word became flesh and blood, and moved into the neighborhood,” says John 1:14 in the Message translation of the Bible.

The slow church conference isn’t the only group of people thinking about the troubles of industrialized faith. There’s also the Parish Collective, based in Seattle; the new monastic movement; and the Ekklesia Project, which made the idea of slow church the theme of its 2012 national gathering.

Phil Kenneson, professor of theology and philosophy at Milligan College, just outside of Johnson City, Tenn., spoke about slow church at that Ekklesia Project meeting.

He’s also speaking at the upcoming slow church conference at Englewood. Kenneson says the pace of American culture isn’t very conducive for spiritual growth, which requires stability and patience. It often means staying put in one place long enough to develop deep ties with a specific place and groups of people.

“You need to commit to a place and people — and let God throw you into the rock tumbler with those other people until the rough edges get rubbed off.”

Kenneson says the language of slow church is helpful in getting people to pay attention to the need for deliberate spiritual development.

But he also said the term is often used in a tongue in cheek fashion.

“This isn’t some great new thing,” he said. “This is an old thing that we are trying to slow down and pay attention to.”