Top international relief and international development organizations in the U.S., ranked by revenue in millions of dollars
April 9, 2014
Tobin Grant

Evangelicals are still abuzz from World Vision's flip-flop from first announcing that it would recognize same-sex marriages to its quick reversal and recantation in response to donors pulling their support for the organization. The issue has laid bare a growing divide among evangelicals on what are the defining characteristics of Christians and evangelicals. World Vision is not just any relief organization --- it is symbolic of evangelicals growing engagement with issues of poverty, hunger, and development. The fiasco forced evangelicals to ask questions about which issues are central to their faith: Is it more important to help the poor or uphold traditional ethics of the family and sexuality? The answer was more than a mere lilliputian argument between Big-Endians and Little-Endians. One billion dollars and thousands of lives hinged on how this answer was resolved. 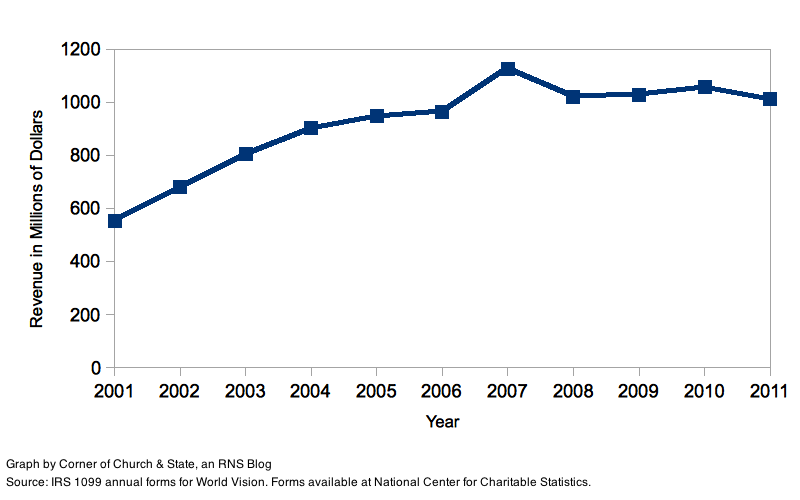 Like other relief organizations, World Vision has seen its power increase over the past decade. Its revenue in real dollars doubled between 2001 and 2007. Since then, it has consistently raised and spent over one billion dollars each year.