While iTunes is a leading repository for religious mobile applications, its App store does not offer a specific “religion” category. Finding religious apps and identifying their intended spiritual purpose can be difficult. 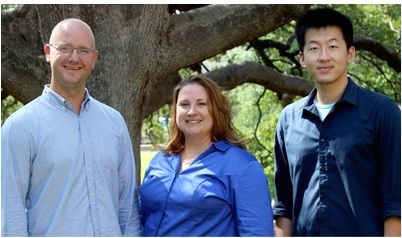 A research team at Texas A&M University investigated the range of religious mobile apps in iTunes. Their study of more than 450 apps found the apps fell into 11 different categories, regardless of the app’s religious orientation.

Some of the most common categories include Religious Utilities that offer information to help users perform specific religious practices, Sacred Texts providing interaction with digitized versions of sacred texts, and Prayer apps that allow mobile devices to become a conduit for prayer.

The researchers also found that their 11 categories could be further divided into two groups. Apps oriented around religious practice are those that help to facilitate religious practices such as praying, meditating, and reading scared texts. Examples include the Lulav Wizard app, which creates a digital replica of a palm tree’s frond, teaching the users how to swing it during the Jewish festival of Sukkot, and The Lord’s Prayer app that offers users simple text guides through a recitation of the well-known Christian prayer.

Apps embedded with religious content are those that insert religion into secular practices, rather than recreate traditional religious practices. For example, the Islamic Free Quiz app uses a game show format to teach users about basic tenets of Islam. Other religious content apps help users remember important dates and times for religious holidays, such as the Hebrew Calendar Converter.

Overall the study suggests these 11categories provide a starting point for evaluating the intentions and motivations behind the design of religious apps.

“This research opens up the door for more careful reflection on how audiences engage with mobile applications” said Heidi Campbell, Associate Professor of Communication and project director, “It gives scholars a unique and useful methodological framework for studying religious apps.”

The full study “There’s a religious app for that!: A framework for studying religious mobile applications” is authored by Heidi A Campbell, Brian Altenhofen, Wendi Bellar, and Kyong James Cho and appears in the May issue of Mobile Media & Communication (http://mmc.sagepub.com/content/2/2/154.short).

A summary of this research is provided by the Network for New Media, Religion and Digital Culture Studies (http://digitalreligion.tamu.edu), which seeks to show how digital religion shapes our everyday lives and world.