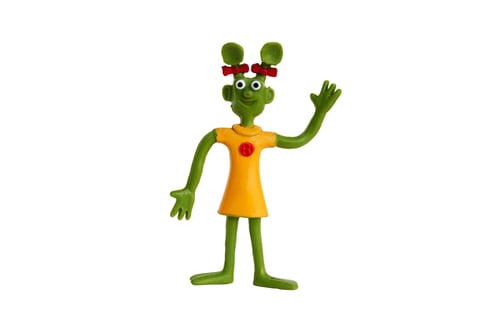 We open today with news from Dillsboro, a town on the western tip of my home state of North Carolina.

The mayor there decided this week that board meetings will open with Christian prayers delivered by local clergy.

“We ain’t got nothing but Baptists in town,” Mayor Mike Fitzgerald told board members May 12. 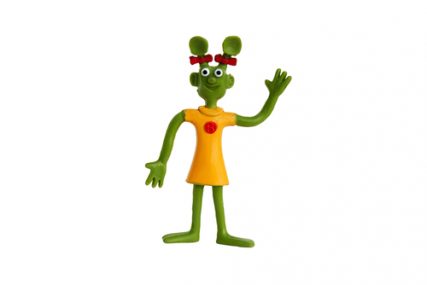 The pope and Martians

On Monday morning, Pope Francis preached that he would baptize Martians. Visual artists had a field day with this one. Over at Time, Elizabeth Dias explains he didn’t mean it that way. He was saying, in effect, the church cannot close its doors to anyone.

Not a Martian, but much more handsome: Antonio Banderas may be cast in the role of Pope Francis in an upcoming biopic about the Argentine pontiff.

The shifting sands of same-sex marriage

Almost all of America's bans on same-sex marriage are being contested in court, with only two states escaping LGBT activists' challenges so far: North Dakota and Montana, according to these maps.

Even at Brigham Young attitudes toward gays and lesbians are changing. The university Honor Code states, “same-gender attraction is not an Honor Code issue,” making it explicit that students will not be kicked out for coming out as gay. However, the revision also makes it clear that any sort of same-sex affection is still grounds for expulsion.

Conservatives say talk of surrender when it comes to same-sex marriage is way premature.

Not yours to sell

The family of Msgr. Patrick J. Garvey, a Catholic priest who was once friendly with the realist painter Thomas Eakins, is trying to block the Archdiocese of Philadelphia from selling a valuable Thomas Eakins portrait of the monsignor through the auction house Christie’s. The family claims it was only on loan to the Catholic seminary. Read this story for more background on the Eakins portraits.

A New York City minister who was the subject of an Associated Press investigation about misspent 9/11 and Hurricane Katrina charity funds has agreed to repay $1.2 million that he took from his congregation so he could buy an 18th century farmhouse.

To thee I lust?

Celebrity Rabbi Shmuley Boteach has a new book out and it’s pretty racy. Lauren Markoe didn’t flinch in asking the rabbi questions about his theory that lust is more important than love in a marriage.

And Tylor Standley has a list of six people who should be banned from evangelicalism because their beliefs were inconsistent with church dogma. Among them: Martin Luther and Billy Graham.

The new museum built beneath the World Trade Center plaza in lower Manhattan, opening to the public May 21, is deeply connected to efforts and institutions that memorialize the Holocaust. So says Jane Eisner at The Forward.

For more about the museum, check out The New York Times' awesome web graphics and videos. President Obama will dedicate the museum today.

Pagan leader Morning Glory Zell-Ravenheart, a priestess of the pagan Church of All Worlds, and considered by many to be a backbone of the pagan and Wiccan communities in the U.S., has died.

A Sudanese court has sentenced a woman to hang for apostasy after she left Islam and married a Christian man.

“Horses of God,” a wrenching social-realist drama from the French-born Moroccan filmmaker Nabil Ayouch, offers a powerful example of the depth of debate about the root causes of terrorism within the Arab world.

In case you missed it

Otherwise talented journalists from across the country were all atwitter Wednesday about a story titled “Cat Scratch Fever.” It concerned a cat that rescued a little boy from a dog bite. Seriously.

BuzzFeed has a list of 55 things that deserve a special place in hell.

A place in heaven

But we have one bright idea that will guarantee you a special place in heaven. It’s easy. Donate to the RNS fundraiser today and we’ll call our sources on your behalf. You know you like this Roundup because you wouldn't be reading this if you didn't. Help us keep it going. Tell us how we can improve on what we do and we’ll add a halo.