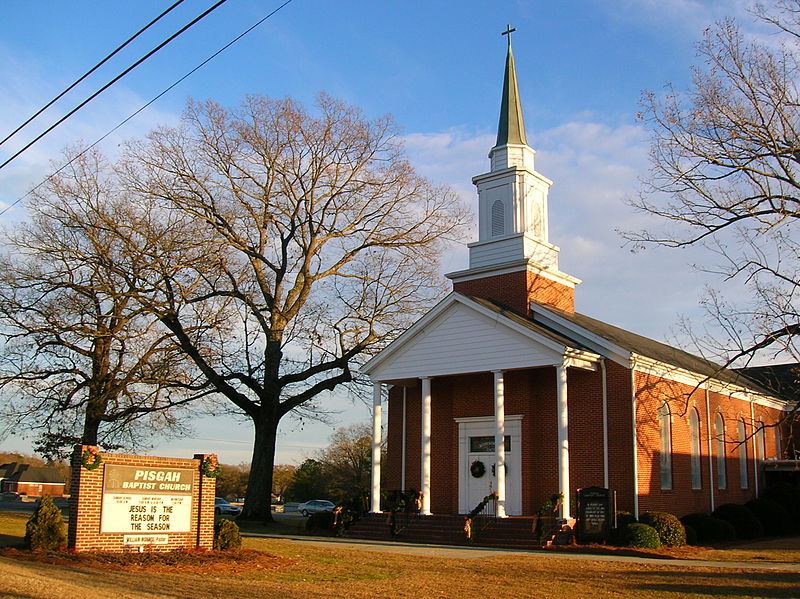 “I Know What You Did Last Sunday” is the cheeky title of the Public Religion Research Institute’s new survey of Americans’ religious behavior, belonging, and belief. But I actually don’t think they do.

The study seeks to measure what’s known as “social desirability bias” — the tendency of people to overreport what they consider to be the good stuff about themselves (e.g. voting, going to church) — by comparing responses to telephone interviews with responses to online questionnaires. The plausible assumption is that respondents are more likely to represent themselves positively, i.e. to fib, to the live person. The top-line finding is that while 36 percent told the telephone interviewer that they go to church at least once a week, only 31 percent claim to do so online. 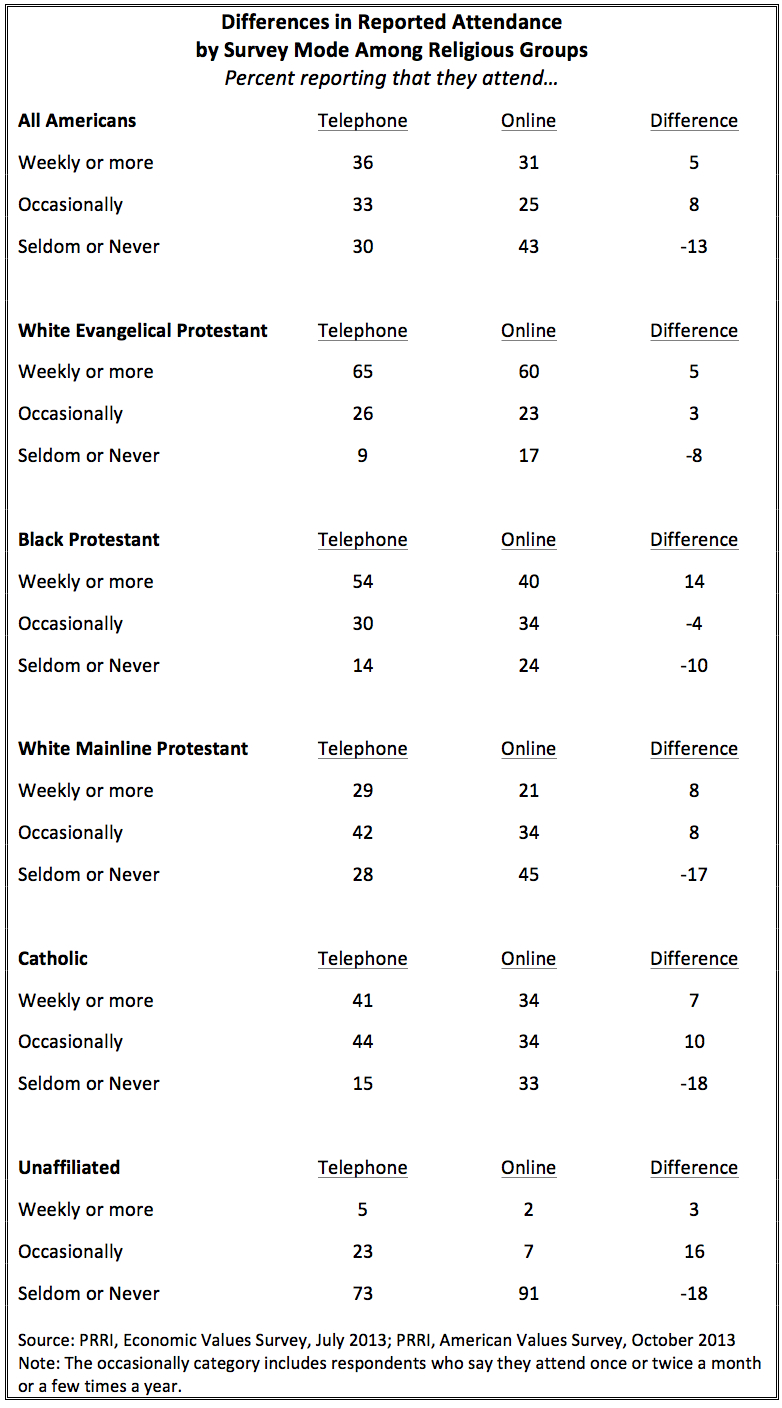 The trouble is that studies done in the 1990s — involving direct measurement of churchgoing as well as time-use self-reporting — show Americans’ actual attendance to be in the low 20 percent range. If anyone thinks that weekly churchgoing has increased by 50 percent in the past two decades, I’ve got some big downtown churches I’d like to sell them.

So the real news on the social desirability of church attendance is that Americans also lie to themselves — just not quite as much as they lie to other people. Or to put it charitably, more think of themselves as the kind of people who go to church regularly than actually show up.

But not all religious groups are the same in that regard. Consider the two Christian groups that, according to themselves, are the most devoted church-goers: White Evangelicals (WEs) and Black Protestants (BPs). Sixty-five percent of the WEs told the interviewers they go to church weekly and fully 60 percent (just 9 percent fewer) made the same claim online. With the BPs, it was 54 percent and 40 percent (26 percent fewer) respectively.

Are the WEs more likely to lie to themselves than the BPs? Or are the BPs less likely to lie to interviewers than the WEs? And how good are those 60 percent and 40 percent figures anyway? Without actual studies of WE and BP churchgoing behavior, we can’t know.

On the attendance front, the most notable finding is that the social desirability bias applies even to those who identify themselves as atheists, agnostics, and having no religion in particular — the Nones. From the telephone to the online survey, the proportion of Nones who say they attend church seldom or not at all jumps 25 percent, from 73 percent to 91 percent. In proportional terms, this is a much smaller gap then exists among other groups. Among Catholics, for example, the jump is 120 percent (15 percent to 33 percent). Still, it implies that almost one-fifth of the Nones feel guilty about not going to church.

Of course, it also implies that over 80 percent of them don’t feel guilty. Which brings me to the study’s most surprising finding — that more respondents told the telephone interviewers that they had no religion than said so online.

The percentages were 21 percent and 18 percent respectively, with the entire differential coming from those who identified themselves as having no particular religion (as opposed to identifying themselves as atheist or agnostic). The shift was from 9 percent and 14 percent — a jump of 56 percent. I don’t know why PRRI says this differential is not significant. I’d say it was highly significant.

In other words, there are more people out there there who are Catholics and Southern Baptists and Episcopalians than are prepared to admit it to someone on the telephone.