VATICAN CITY (RNS) A senior Vatican official on Tuesday (May 20) tried to defuse the damaging rift between the Vatican and U.S. nuns after a recent rebuke over obedience and doctrinal differences. 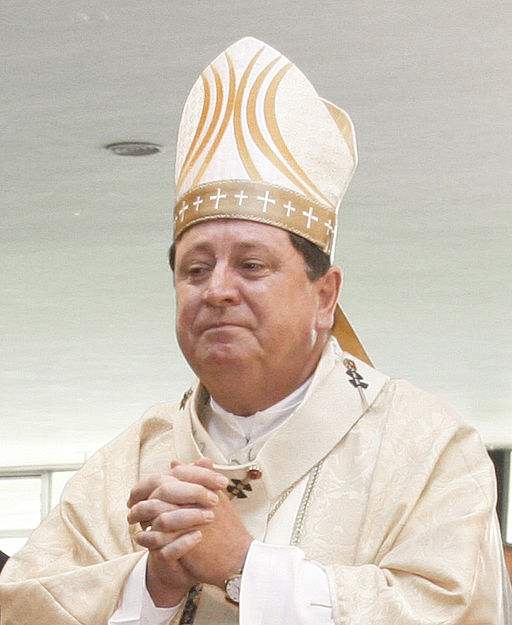 Cardinal Joao Braz de Aviz, who heads the Congregation for Institutes of Consecrated Life and Societies of Apostolic Life that oversees men’s and women’s religious orders, said there had been “sensitive times,” but relations between religious orders and the Holy See remained “very close.”

Cardinal Joao Braz de Aviz, who heads the Congregation for Institutes of Consecrated Life and Societies of Apostolic Life that oversees men’s and women’s religious orders, said there had been “sensitive times,” but relations between religious orders and the Holy See remained “very close.”

“There are positive aspects and less positive aspects,” the Brazilian cardinal said during a press conference on human trafficking ahead of the World Cup. “We have chosen the path of dialogue. We have to speak positively.”

Braz de Aviz was speaking at the launch of a campaign by Catholic nuns, backed by the U.S. Embassy to the Vatican, to fight human trafficking at the soccer World Cup in Brazil next month.

A question about the thorny relationship between the Holy See and the American sisters was put to Sister Carmen Sammut, head of the International Union of Superior Generals, but the cardinal jumped in before she could respond. She, too, stressed the need for dialogue.

“What is important for us is to dialogue together. We are starting to work together. Like every other organization, we can have differences but it is important that we can be true to each other and we can try and find solutions together,” she said.

Sammut’s group is roughly the worldwide equivalent of the Maryland-based Leadership Conference of Women Religious, an umbrella group that represents the leaders of 80 percent of the United States’ 57,000 Catholic sisters.

In early May, the head of the Vatican’s doctrinal office, Cardinal Gerhard Mueller, reprimanded officials from the LCWR for honoring a Catholic theologian whose work was judged “seriously inadequate” and promoting ideas considered out of step with official church doctrine.

After a series of tense meetings with Mueller’s office, the LCWR issued a statement saying it was “saddened” to learn that impressions of the organization had become “institutionalized” at the Vatican.

“Communication has broken down,” the sisters said, “and as a result, mistrust has developed.”

The investigation falls under Mueller’s doctrinal office, but Braz de Aviz, who is seen as more sympathetic to the sisters, has tried to serve as a peace broker in the standoff. Because religious communities fall under his portfolio, his office is expected to have some role in the final outcome of the investigation.