The Greek word “atheoi” αθεοι (“[those who are] without god”) as it appears in the Epistle to the Ephesians 2:12, on an early 3rd-century papyrus.

As the proportion Americans who identify themselves as having no religion has expanded, the religiously minded have consoled themselves with the observation that most of these so-called Nones say they’re spiritual and claim to believe in God. As my fellow RNS blogger Tobin Grant put it yesterday, “The ‘nones’ are a growing segment of the population, but in this stubbornly religious country, even those with no religion still hold to an identity that is tied to spirituality or belief.”

Tobin bases his judgment on data from the 2012 American National Election Study, which shows that of the 16 percent of voters in the None category, 28 percent — or 4.5 percent of the voting public — identify as atheists (12 percent) or agnostics (16 percent). Also in 2012, Pew found  29 percent of Nones in that camp.

PRRI’s number is supported by a new survey of college students conducted by my colleagues at Trinity’s Institute for the Study of Secularism in Society and Culture (ISSSC). It finds that fully one-third are Nones, with 77 percent of them (22 percent of the total) saying they either don’t believe in God or that they don’t know whether there is a God and don’t believe there’s a way to find out. (Unlike the survey outfits mentioned above, the ISSSC doesn’t provide a checklist for religious self-identification, so the proportion of atheists and agnostics tends to be half of what the others find — in this case a quarter rather than half the college Nones, or eight percent of the entire college population.)

Are there more atheists and agnostics out there, or are non-believers just readier to admit it? The answer is probably both. Certainly there’s evidence that the stigma of atheism is waning. As Cathy Grossman noted the other day, over the past seven years Americans have become significantly more willing to vote for an atheist for president. In the new ISSSC survey, a large majority of college students — including religious ones — deny that atheists have less chance to succeed in the U.S.

The New Nones of the millennial generation are less spiritual than their predecessors. As they come to represent a larger portion of the adult population, they not only are moving the None portion of the population away from belief but also are secularizing American society as a whole. 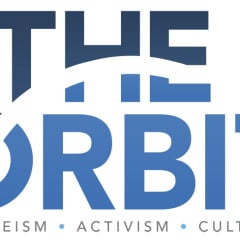