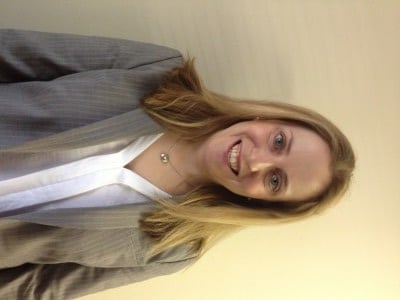 New York, NY – June 17, 2014 – Congregation Emanu-El of the City of New York is pleased to announce that Cara L. Unowsky will become the new Vice President of Finance and Administration beginning on July 10. Dr. Mark Weisstuch retired from this role on June 15 after nearly 30 years of dedicated service to the Temple.

For the last ten years, Unowsky has held major management positions at Jewish Home Life Care in New York City, one of the largest non-profit long-term health care providers in the state.  Her most recent position was Corporate Director of Strategic Planning.

Unowsky oversaw major initiatives at the organization’s Bronx, Manhattan and Westchester campuses including the Geriatric Career Development Program, the Health Care Reform Readiness Strategic Planning Process, a Bronx Strategic Plan which allowed JHL to successfully obtain a $26.3 million capital grant to build Medicaid Assisted Living in the Bronx, as well as serving as the Project Manager for the $285 million rebuilding project of its Manhattan Nursing Home campus.  She has deep experience in strategic planning, human resource and program development, management and community building in New York City, Romania and Russia.

“On behalf of our congregation, I want to welcome Cara,” said Temple Emanu-El President John H. Streicker. “We look forward to working with her and benefitting from her broad experience gained in leadership roles at other institutions serving our community.”

“In Cara Unowsky, our search committee has found a great match,” said Senior Rabbi Joshua M. Davidson. “She brings energy, vision, and the Jewish commitment, not-for-profit experience, and business and administrative expertise to guide and strengthen our financial, human resources and facility-management efforts.”

“I am so honored to have the opportunity to work in the administration of Temple Emanu-El. I will seek to continue the tradition of reverence for its historic place in the world Jewish community and New York City and at the same time support the development and implementation of innovative programs and services to best serve the 21st century Jewish community,” said Cara Unowsky.

Unowsky will be married on June 22 and will be known as Cara L. Glickman thereafter.

This is the second major announcement from the Temple in recent months. Last week, Dr. Gady Levy became the new Executive Director of Temple Emanu-El Skirball Center for Jewish Life and Learning. In addition, this July marks the first anniversary of Rabbi Joshua M. Davidson becoming Senior Rabbi. Also, the Temple began offering a new style of worship service to be held once a month on Friday nights, called Shir Chadash (“A New Song”).

Temple Emanu-El is the largest reform synagogue in the world.  www.emanuelnyc.org